Xiaomi 12X is tipped to launch in two RAM and storage variants in India. 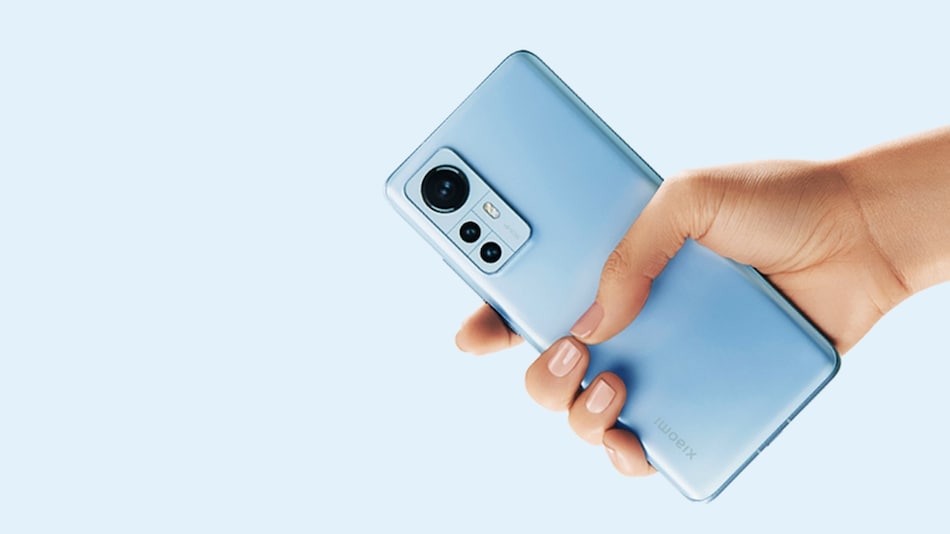 Xiaomi 12X was recently unveiled in China, and is the most affordable smartphone in the company's Xiaomi 12 lineup. The smartphone features the Snapdragon 870 SoC under the hood, paired with 8GB of RAM and up to 256GB of inbuilt storage. The company's Xiaomi 12X handset also features a 6.28-inch full-HD+ AMOLED display with 120Hz refresh rate, and a 50-megapixel primary camera. Xiaomi 12X is reportedly set to launch in India, and the smartphone is tipped to arrive in two memory options, and four colour variants.

According to a report by 91Mobiles, Xiaomi is preparing to launch the new Xiaomi 12X smartphone in India "soon", though no timeline has been shared. The smartphone is tipped to launch in an 8GB RAM and 128GB storage variant, alongside an 8GB RAM and 256GB storage variant. Pricing is currently unknown, and Xiaomi is yet to announce any plans to bring the smartphone to the country. The report states that Xiaomi 12X will be available in three colour variants at launch — Blue, Grey, and Purple.

Xiaomi 12X was launched on December 28 in China, and the company's most affordable Xiaomi 12 series smartphone is powered by the octa-core Snapdragon 870 SoC, paired with 8GB of RAM and up to 256GB of storage. The smartphone is equipped with a 6.28-inch full-HD+ (2,400x1800 pixels) AMOLED display with a refresh rate of 120Hz and a maximum brightness of 1100 nits. Xiaomi 12X packs a 4,500mAh battery that supports fast charging at 67W.

On the camera front, the recently launched Xiaomi 12X sports a triple rear camera setup featuring a 50-megapixel primary camera. Xiaomi 12X also has a 13-megapixel ultra-wide camera and a 5-megapixel telemacro camera. The smartphone features a 32-megapixel front-facing camera, located in a centre-aligned hole-punch at the top of the display. Xiaomi 12X runs on Android 12, with the company's MIUI 13 skin, which was announced alongside the Xiaomi 12 smartphone series earlier this week.

Bitcoin, Ether Continue to Trade in Red While All Popular Altcoins Mark Big Drops in Value