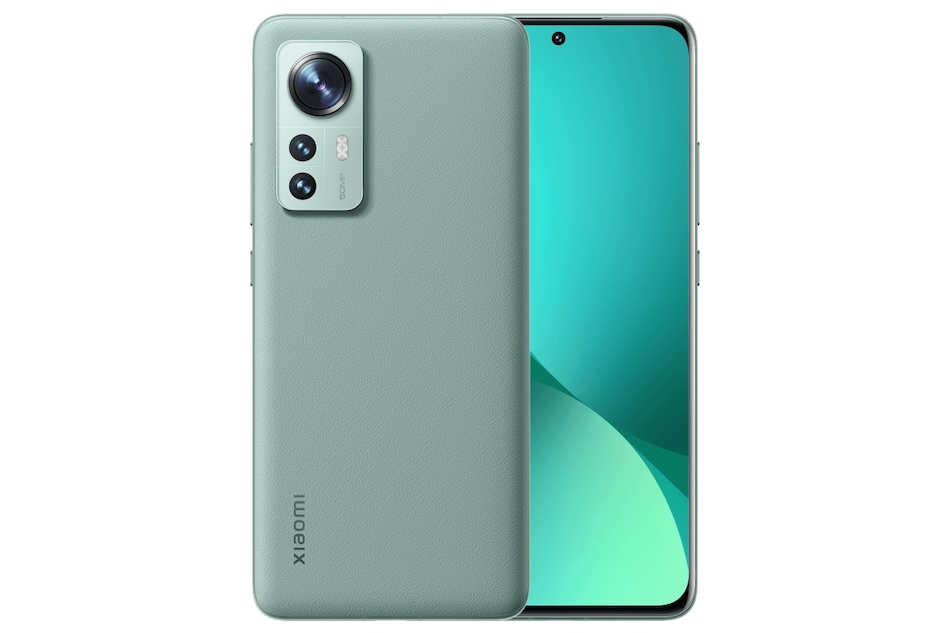 Xiaomi 12, Xiaomi 12 Pro, and Xiaomi 12X were launched at a press event in China on Tuesday, December 28. The Xiaomi 12 series comes with features including a hole-punch display design protected by Corning Gorilla Glass Victus, triple rear cameras, and 5G connectivity. Alongside the Xiaomi 12 series, the Chinese company unveiled MIUI 13 as its latest custom ROM for smartphones and tablets. The new MIUI version is claimed to deliver a better user experience over MIUI 12.5 Enhanced Version. MIUI 13 brings face verification protection, privacy watermarking, and electronic fraud protection as three new privacy-focussed features for users. It also includes support for widgets that bring an iOS 15-like experience. Xiaomi also announced MIUI as their custom skin for smartwatches, smart home devices, and televisions that will be available next year.

On the availability front, Xiaomi 12, Xiaomi 12 Pro, and Xiaomi 12X all three phones will be available in China from December 31, with their pre-sales beginning from Tuesday. Xiaomi has not yet provided any details on the launch of the Xiaomi 12 series in other markets including India.

Xiaomi 12 runs on Android-based MIUI 13 and features a 6.28-inch full-HD+ (1,080x2,400 pixels) AMOLED display with Corning Gorilla Glass Victus protection on top and 20:9 aspect ratio. The display also has 1,100 nits of peak brightness, a 120Hz refresh rate, and Dolby Vision support. Under the hood, the Xiaomi 12 has an octa-core Snapdragon 8 Gen 1 SoC, along with up to 12GB of LPDDR5 RAM.

In terms of optics, the Xiaomi 12 has a triple rear camera setup that houses a 50-megapixel primary Sony IMX766 sensor with an f/1.88 lens and optical image stabilisation (OIS) support. The camera setup also includes a 13-megapixel secondary sensor with an f/2.4 ultra-wide lens that has a field of view of 123 degrees. These are paired with a 5-megapixel macro shooter that is aimed at capturing small objects and subjects such as seeds and flowers. The rear camera setup is backed by a proprietary CyberFocus technology for an enhanced focus-locking.

Xiaomi 12 comes with a 32-megapixel selfie camera sensor at the front. It has support for Stagger HDR and artificial intelligence (AI) based beautification features.

On the storage front, Xiaomi 12 has up to 256GB of UFS 3.1 onboard storage. Connectivity options include 5G, 4G LTE, Wi-Fi 6E, Bluetooth v5.2, GPS/ A-GPS, NFC, Infrared (IR), and a USB Type-C port. Sensors onboard include accelerometer, ambient light, gyroscope, magnetometer, and a proximity sensor.

Xiaomi 12 comes with Dolby Atmos support and has Harman Kardon-tuned stereo speakers. The phone also has support for HiRes audio.

Xiaomi 12 Pro runs on MIUI 13 and features a 6.73-inch WQHD+ (1,440x3,200 pixels) E5 AMOLED display with 1,500 nits of peak brightness and a 120Hz dynamic refresh rate. The display also has a 480Hz touch sampling rate and Corning Gorilla Glass Victus protection. It also includes a low-temperature polycrystalline oxide (LTPO) backplane technology that Apple uses on its premium iPhone models. The Xiaomi 12 Pro is powered by a Snapdragon 8 Gen 1 SoC, coupled with up to 12GB of LPDDR5 RAM.

In terms of audio, the Xiaomi 12 Pro is equipped with a four-unit speaker system that includes a dedicated tweeter to deliver an improved audio experience. The speaker system comes with Harman Kardon tuning.

The Xiaomi 12X is a tweaked version of the Xiaomi 12. The smartphone features the same 6.28-inch display that is available on the regular Xiaomi 12. It also carries the identical triple rear camera setup and the same 4,500mAh battery.

In terms of differences, the Xiaomi 12X is powered by an octa-core Qualcomm Snapdragon 870 SoC, which is paired with up to 12GB of RAM. The phone has up to 256GB of onboard storage.

In addition to MIUI 13, MIUI 13 Pad has been launched that will be available for the Mi Pad 5 Pro and Mi Pad 5 by January-end.

MIUI 13 is designed as Xiaomi's most advanced custom skin for smartphones and tablets. The proprietary software comes with support for rich widgets that users can place on their homescreen and customise in different sizes — similar to the widget support on iOS 15. There is also a new system font ‘MiSans' that is claimed to provide a clean vision and a comfortable reading experience. Further, MIUI 13 brings preloaded dynamic wallpapers and themes to enhance personalisation.

On the performance front, MIUI 13 is claimed to offer 20 to 26 percent improvement in overall system app fluidity and 15 to 52 percent improved fluidity in case of third-party apps over MIUI 12.5 Enhanced Version.

MIUI 13 comes preloaded with an enhanced privacy protection that is claimed to provide system-level electronic fraud warning, fraudulent app installation blocking, and face verification protection. There is also a privacy watermark option that lets you watermark your scanned documents before sharing them. This will help prevent identity information from being stolen, the company said.

Xiaomi has provided Mi Smart Hub on MIUI 13 to let users find nearby devices and with a simple gesture to seamlessly share and access content such as music, display, and apps across multiple devices.

In addition to MIUI 13 for smartphones, Xiaomi introduced MIUI 13 Pad for tablets at the event. The tablet version enhances multitasking through gesture support and an improved taskbar that can be made to appear at any point of time — no matter which app is running on the frontend. MIUI 13 Pad also allows users to hold the corner of an app and drag it inward to open multiple apps on a single screen. Users can also drag and drop apps through the global taskbar to open them in small windows.

Xiaomi also launched MIUI Watch, MIUI Home, and MIUI TV as its new operating system versions of smartwatches, smart home devices, and smart TVs, respectively. The purpose of bringing the new software is to “achieve a seamless and natural flow of content between devices”, the company said.

The new experience is coming from a unified ​​software department that has more than 3,000 engineers, Xiaomi said.

Details on when MIUI Watch, MIUI Home, and MIUI TV will be available for end users are yet to be announced.