Xiaomi has not yet revealed which Xiaomi 12 series smartphones will be launched on December 28. 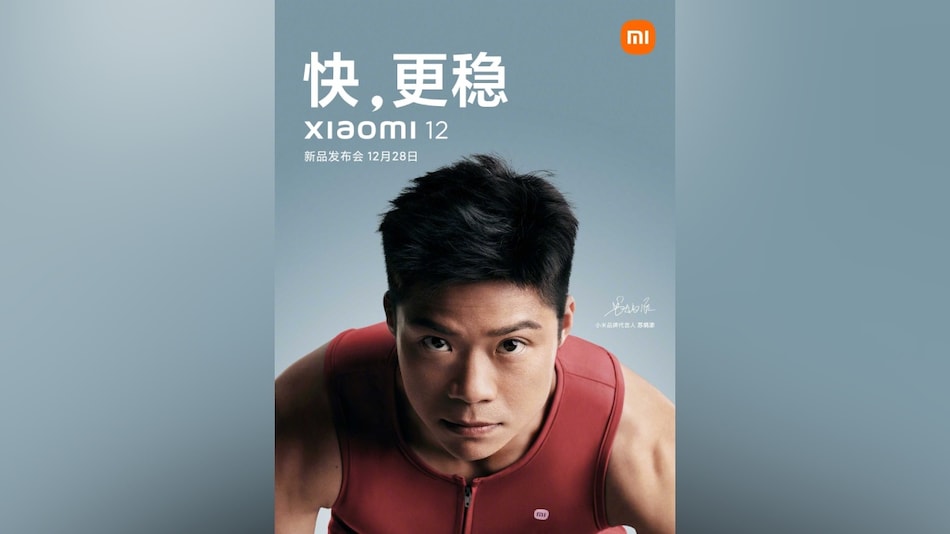 A poster for the launch event was shared by Xiaomi on its Weibo account, along with an image of Chinese athlete Su Bingtian and a December 28 launch date. The company has not mentioned which Xiaomi 12 series models will be launched on the given date The poster does not reveal anything either. Meanwhile, Xiaomi founder Lei Jun, General Manager Wang Teng Thomas and Group President Lu Weibing have been posting on Weibo using Xiaomi 12, Xiaomi 12X and Xiaomi 12 Pro handsets, as spotted by Gizmochina.

On the camera front, Xiaomi 12 was recently tipped to launch with a triple camera setup featuring a 50-megapixel primary sensor. The smartphone could sport a curved display, with a full-HD+ (1,920x1,080 pixels) resolution, a step down from the display on the Mi 11 flagship. Previous reports suggest that Xiaomi 12 Pro could also feature a full-HD+ display, unlike its predecessor.

The smartphone was recently spotted on the China Compulsory Certification (3C) website with a 5,000mAh battery and support for 67W fast charging. Meanwhile, Xiaomi 12 Pro is tipped to offer 120W charging. According to a previous report, Xiaomi 12 could launch with Android 12-based MIUI 13, while Xiaomi 12X could launch with Android 11-based MIUI 13, with an update in the future to deliver the latest version of Android.