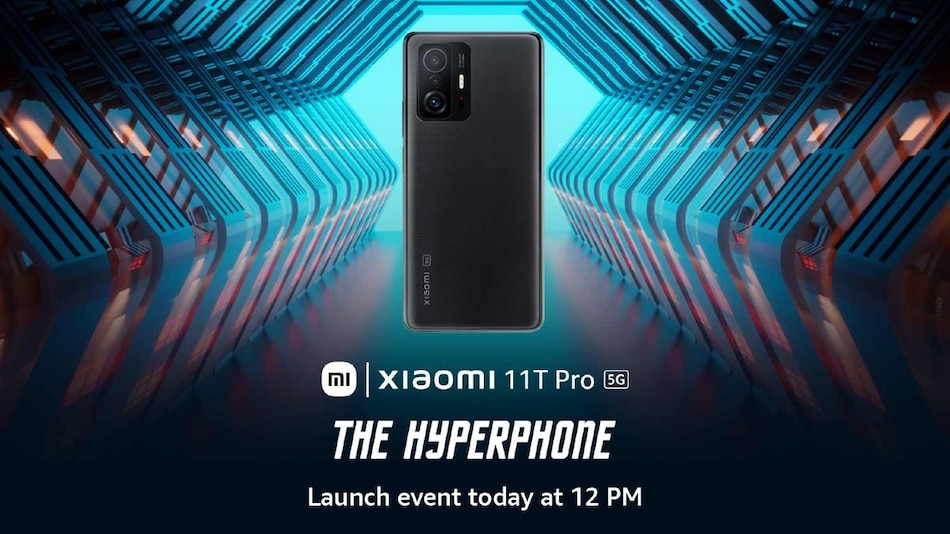 Xiaomi 11T Pro launch will take place today (Wednesday, January 19). The Xiaomi phone debuted in Europe last year. It is touted as a “Hyperphone” by the company and carries specifications such as 120W fast charging and Qualcomm Snapdragon 888 SoC. Xiaomi 11T Pro also comes with a 120Hz AMOLED display and carries features including stereo speakers tuned by Harman Kardon and supported by Dolby Atmos. Further, the handset is teased to come in India in two distinct colour options. Read on to look at the Xiaomi 11T Pro India launch timings, livestream details, expected price, and specifications.

Xiaomi 11T Pro launch in India will be held at 12pm (noon) today. The virtual launch event will be livestreamed through Xiaomi's social media channels. You can also watch it live below:

The European variant of Xiaomi 11T Pro debuted with a starting price of EUR 649 (roughly Rs. 54,900). The phone is also teased to go on sale through Amazon following its launch in India.

Xiaomi 11T Pro specifications for the Indian model are yet to be detailed. However, these are likely to be the same that came with its European counterpart and include a 6.67-inch flat 10-bit AMOLED true-colour display with a 120Hz refresh rate and an octa-core Qualcomm Snapdragon 888 SoC. The smartphone also has up to 12GB of RAM. For photos and videos, Xiaomi 11T Pro carries a triple rear camera setup which houses a 108-megapixel primary sensor, along with an 8-megapixel ultra-wide shooter and a telemacro shooter.

The Xiaomi 11T Pro smartphone also comes with a 16-megapixel selfie camera at the front. It has up to 256GB of onboard storage and connectivity options including 5G, Wi-Fi 6, Bluetooth v5.2, and a USB Type-C port. The phone also includes NFC support and carries an Infrared (IR) blaster. It packs a 5,000mAh battery with 120W fast charging support.