Xiaomi has created a dedicated microsite to create hype around the launch of the Xiaomi 11T Pro 5G in India. 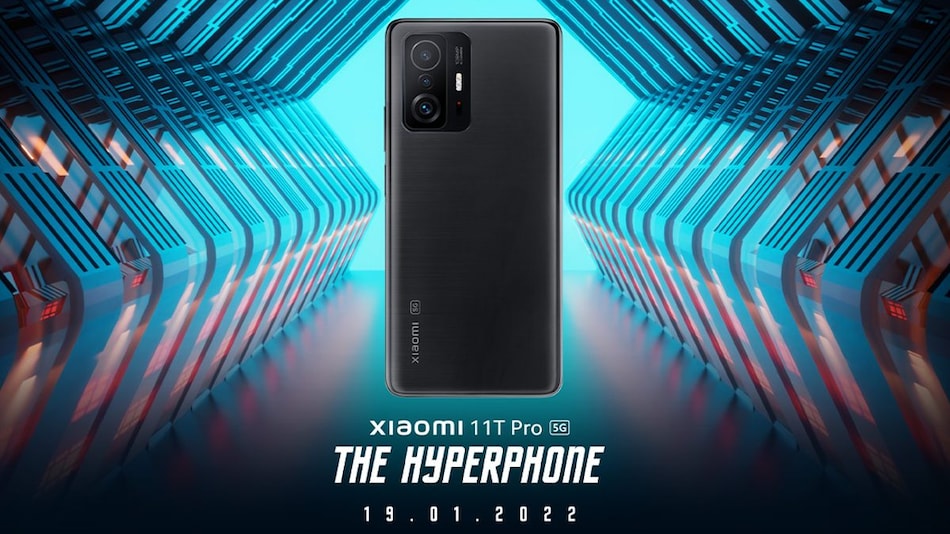 To announce the launch date, Xiaomi posted a teaser through the official Xiaomi India Twitter account. The teaser shows the back of the Xiaomi 11T Pro 5G. The company has also created a dedicated microsite on Mi.com to create some hype around the new Xiaomi phone ahead of its official launch.

It takes a revolution to create a powerful smartphone like this.
Introducing #𝗧𝗵𝗲𝗛𝘆𝗽𝗲𝗿𝗽𝗵𝗼𝗻𝗲 - Xiaomi 11T Pro
Experience the perfect amalgamation of Design & Power on 19.01.2022

Last week, Xiaomi indicated the launch of the Xiaomi 11T Pro 5G in India by showcasing a teaser featuring the title ‘Hyperphone' durting the livestream of the Xiaomi 11i HyperCharge 5G launch in the country. The phone also appeared on the Bluetooth Special Interest Group (SIG) website last month. It may come alongside the regular Xiaomi 11T.

The European variant of the Xiaomi 11T Pro features a 6.67-inch 10bit AMOLED display with a 120Hz refresh rate and is powered by an octa-core Qualcomm Snapdragon 888 SoC paired with up to 12GB of RAM. It also comes with a triple rear camera setup that comprises a 108-megapixel primary sensor, an 8-megapixel ultra-wide shooter, and a telephoto shooter. The phone also has a 16-megapixel selfie camera sensor at the front.