Xiaomi 11i Hypercharge will be a part of the Xiaomi 11i series that may include the regular Xiaomi 11i as well. 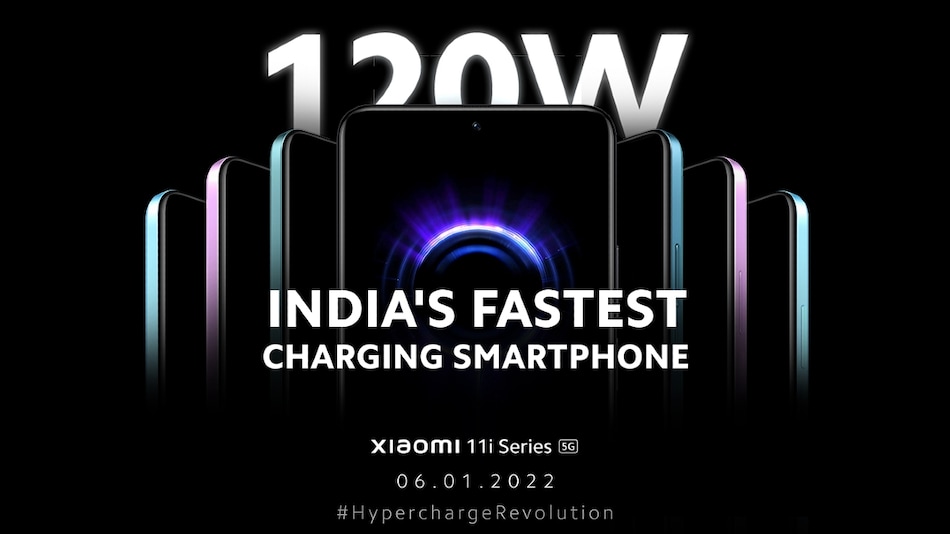 Through a tweet posted by the official Xiaomi India account, the company announced the launch date for Xiaomi 11i Hypercharge in India. A microsite has also been released to tease the features of the new phone ahead of its official debut.

In addition to the launch date, Xiaomi 11i Hypercharge is confirmed to have 120W fast charging that is claimed to fully charge the built-in battery in 15 minutes.

A previous report suggested that Xiaomi 11i Hypercharge would come in a single 8GB RAM + 128GB storage variant. The phone is also said to feature Camo Green and Stealth Black colours.

Although the specifications of Xiaomi 11i Hypercharge are yet to be announced, the phone could be identical to Redmi Note 11 Pro+ — considering the rumour mill. This suggests that Xiaomi 11i Hypercharge may have a 6.67-inch AMOLED display with a 120Hz refresh rate, a triple rear camera setup with a 108-megapixel primary sensor, dual JBL-tuned stereo speakers, NFC support, and a 4,500mAh battery. The phone could have an octa-core MediaTek Dimensity 920 SoC under the hood.