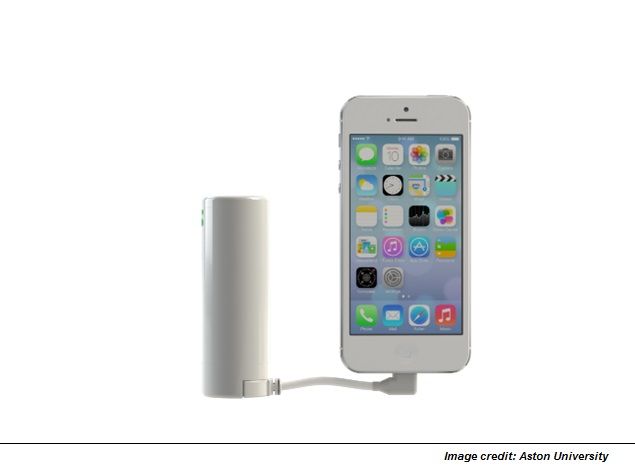 Researchers claim to have invented the world's 'fastest' external phone charger which ends the need to plug your smartphone into a wall electricity socket and can achieve full charge in just 15 minutes.

The Petalite Flux battery, created by Leigh Purnell, an Aston University graduate, can charge itself from empty to full in 15 minutes. The device, small enough to fit in the pocket or bag, eradicates the need to plug your phone into a wall electricity socket or computer USB slot.

When the phone needs charging, users can simply connect it to the Flux battery and continue with their day. In 2014, Purnell established Petalite Battery Systems with the intention of creating the world's fastest charging external battery.

The Flux battery will soon be launched on the IndieGoGo crowd-funding website.

Recently, a new battery pack (also commonly referred to as a power-bank) was claimed to charge-up sufficiently in 15 minutes to be able to recharge most smartphones completely. Made by UNU Electronics, the Ultrapak Portable Battery Pack Series is claimed to gain 2000mAh of power with just 15 minutes of charging.

UNU had introduced the new Ultrapak series last month. The Ultrapak Go and the Ultrapak Tour by the company uses the Ultra-X charging technology that supposedly recharges up to 8x faster than conventional batteries thus resulting in a 2000mAh recharge in about 15 minutes. Users can then connect the power-bank to normally charge their smartphones or tablets.

Pope Urges Young People Not to Waste Time on Internet and Smartphones
Apps That Answer the Question: 'How Far Out Are You?'