Sony Xperia Z3 to Make Timely US Debut: Has Sony Learnt Its Lesson? 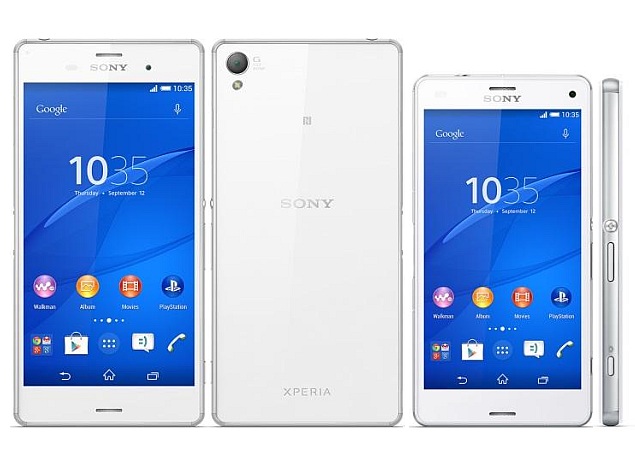 Sony is launching its new Xperia Z3 waterproof smartphone through Verizon and T-Mobile. The phones are hitting U.S. stores on the heels of their unveiling last month at a trade show in Berlin, as Sony ramps up efforts to expand its tiny market share by getting to the American market faster.

Its Xperia Z1 phone took months to arrive, by which time it felt old. Sony never found a U.S. wireless carrier for the Z2 this spring.

The Verizon phone comes out Oct. 23, just a month after Apple's new iPhones and a week after the Oct. 17 release of Samsung's new Galaxy Note 4. A release date for the T-Mobile version hasn't been announced.

The phones
T-Mobile is carrying the standard version. For the Verizon model, dubbed Z3v, Sony is adding the ability to charge the phone wirelessly with an optional accessory, without needing to plug in a traditional USB cable. It's a capability coming to many smartphones, but often requires buying a special back cover on top of the charging accessory. The two models have slightly different dimensions, even though both screens measure 5.2 inches diagonally.

Both versions let people play Sony PlayStation 4 games through the phone while on the porch or in another room from the TV. The phones can withstand drops in the swimming pool and have 20.7 megapixel cameras capable of recording video in ultra-high definition, or 4k.

The Verizon version will sell for $200 with a two-year contract, or $600 without one. T-Mobile pricing hasn't been announced yet.

The landscape
Sony has had a tough time breaking through the highly competitive smartphone market. Sony's market share doesn't even rank in IDC's lists of top 5 smartphone makers. In the trend-setting U.S. market, Sony has suffered further from late releases.

Technical and feature requirements tend to be stricter in the U.S. And it took time for the Japanese electronics company to figure out what U.S. customers and carriers want, said Ravi Nookala, president of Sony Mobile Communications' U.S. business. Getting the endorsement of Verizon, the nation's largest wireless carrier, should help.

The prospects
Target customers in the U.S. include owners of Sony TVs, headphones, cameras and PlayStation game consoles, along with those familiar with Sony movies such as "Spider-Man."

"Especially in the United States, ... we are very strong in entertainment," Kunimasa Suzuki, the worldwide president and CEO for Sony Mobile, said in an interview.

Suzuki said larger Verizon stores will have displays showing how the Xperia phone works with PlayStation systems, setting it apart from rivals. He said Sony is also including digital copies of some Sony movies with Xperia phones. Verizon will sell a variety of accessories in stores, including $60 PlayStation controllers and $40 mounts to attach them to the phones. Suzuki said that in selling the Sony experience rather than just the phone, the company is hoping to take advantage of its brand strength in the U.S.

Sony executives also have emphasized 4k video recording, something that hasn't come to other leading smartphones yet.

But those aren't necessarily top priorities for customers, and getting them to switch from Apple or Samsung devices will be tough. Nookala admits that gaining market share will take time.

"We are here for the long play," he said. "It's not that we just launch one phone and disappear."

What else is coming
Sony is also releasing a third-generation smartwatch. Unlike previous models, the SmartWatch 3 will have GPS capabilities for more accurate tracking of outdoor fitness activities.

The SmartWatch 3 will sell for $250 and will run Google's Android Wear system. That means the software experience will be similar to many rival watches, but it paves the way for a wider range of apps to extend the watch's functionality.