With phone and game launch, Microsoft looks to bounce back 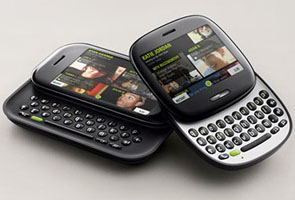 Highlights
Better late than never. That was Microsoft's unspoken mantra on Monday as its Windows Phone 7 went on sale in the US in a bid to challenge the dominance of arch-rivals Apple and Google in the smartphone market.

The launch comes amid a pivotal period for Microsoft. The company has been coasting for years on the coattails of Office and Windows. But last week it launched its game-changing video-game controller Kinect that allows users to manipulate XBox games with their body movement, handing the company an important advantage in its battle with Nintendo and Sony.

Windows Phone 7 has also been well received by reviewers, many of whom have been openly derisive of Microsoft's past efforts in the smartphone space. But whether the Windows Phone will ever gain enough impetus to be the top dog in mobile, as the Windows operating system is in PCs, is doubtful, and that could spell trouble for the ageing software giant from Seattle.

True, PCs are not going to disappear any time soon. But they certainly are becoming less important in the tech firmament as people around the world increasingly use their iPhones, Android phones, Blackberries and tablet computers to access the internet.

By the end of 2011, and possibly well before that, smartphone sales are expected to eclipse PC sales around the world. According to the research firm Strategy Analytics smartphone sales will soar 31 per cent in 2011 to reach nearly 350 million units.

Tablet computers, another fast growing area, where Microsoft has little or no presence, will also take their toll, with Apple's iPad alone selling some 30 million units. Worldwide PC sales meanwhile are not expected to top 330 million units, according to market researcher eTforecasts.

So, while no-one is yet arguing that the Windows phone initiative will make or break Microsoft, it is clear that success here will be a cornerstone of the future Microsoft. The company has in the past often done very nicely by harnessing the second user advantage - Windows itself utilized the breakthroughs pioneered by Apple's earlier Mac operating systems, while Internet Explorer managed to catch up and eventually destroy Netscape in the browser wars of the 1990s.

To its credit Windows Phone 7 does offer some useful innovations that mark an improvement on some aspects of Android phones and the iPhone. Even in Silicon Valley, where Apple and Google dominate the local economy, and where people have decades of territorial resentment to Seattle-based Microsoft, there were plenty of folks interested in checking out the Windows phones.

"I think all the hype about the different phones is completely exaggerated," said Connie Segan, a 27-year-old barista who was checking out Samsung and HTC phones at an AT&T store in San Jose, California. "Who cares if the iPhone and Android have a billion apps? That just makes it more complicated. I want a smartphone that's easy to use, where I can check my Facebook and see what's going on. These Windows phones fit the bill."

The phone could also be attractive to corporate users perturbed by Android's open source roots and the iPhone's closed environment. Dell has already announced plans to ditch Blackberry in favour of its own Windows phones.

Those kind of sentiments will be music to the ears of Microsoft chief executive Steve Ballmer, who has been widely criticized for his failure to implement a credible smartphone platform earlier.

But at least Windows Phone 7 has been worth the wait, offering activity hubs that streamline the way users interact with their phones and earning praise for its elegance, smoothness, speed and ease-of-use.

Microsoft believes it can also quickly overcome its huge deficit in terms of available apps for the phone since developers can create apps in the .net format that is already popular in the Windows PC operating system. As it is, the phone's 1,000 plus apps already include favorites such as Pandora, Netflix, Twitter and Yelp.

"It's going to be difficult to breakthrough, but we're going to pull all of the levers coordinating our marketing approach," said Greg Sullivan, Microsoft's senior product manager for Windows Phone 7.

The phone is being boosted by a $500 million advertising campaign, which should be enough for Microsoft to get its foot in the door, at least.

"What they need is a steady stream of adoption over time that amounts to a credible installed base, and I think they can achieve that," said analyst Jack Gold.
Comments