With a Lumia at every price point, Nokia hopes for India success 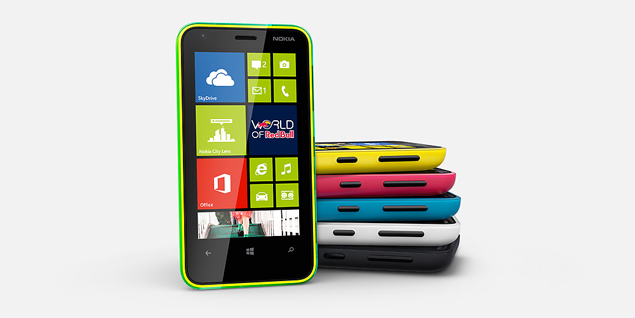 Nokia Tuesday said the Indian phone market is expected to grow rapidly in the smartphone segment, and it foresee consolidation of the brands over the next 3-4 years.

"The share of smartphones is about 10 per cent of the 185 million market. We expect it to touch 33 per cent by 2015," said Ravi Kunwar, Regional General Manager (North), Nokia India.

Nokia is eyeing a major share in the smartphone market in India after launching its high-end Windows-powered Lumia range in November 2011, of which it has till date sold 20 million devices globally.

The company is seeking to strengthen the smartphone portfolio as it faces tough competition from global rivals Samsung and Apple, even as it is also hopeful of its mid-tier Asha feature phones doing well in the Indian markets.

Apart from the major players with several entrants wanting a pie of the smartphone market including Chinese companies, Kunwar feels over the next 3-4 years there is going to be "consolidation of the brands" from the "highly fragmented system" which exists at present.

"There is lot of stuff from the Chinese ecosystem..we expect consolidation of brands over the next 3-4 years," he said.

On its smartphones, he said, "We have ten new models in the smartphones and they will continue to do well. (Nokia Lumia) 720, which is now available in Chandigarh market, has been the most sold device on Flipkart," he said.

He said that Lumia Windows Phone 8 devices range is now available across price points from Rs 10,499 for the Lumia 520 to Rs 38,000 for Lumia 920 and comes packed with features like thousands of apps, best maps and location experience, exclusive camera lenses, variety of colours and wireless charging.

"The momentum behind our Lumia is gathering pace quarter on quarter as we continue to bring path breaking innovations to Windows Phone 8 through our hardware, services and applications...by taking select innovations from our high end products and matching them to the priorities of a given audience, we are driving these advanced technologies to new price points for an incredible midrange smartphone experience," he told reporters in Chandigarh.
Comments