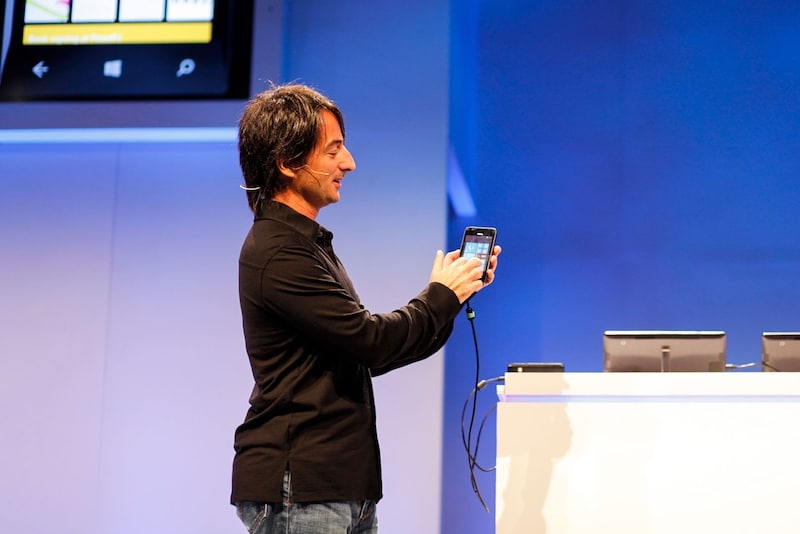 Microsoft's Joe Belfiore has a piece of advice for existing Windows Phone (and Windows 10 Mobile) users: move to Android or iOS, or any other platform that makes most sense for your use case. Over the weekend, Belfiore, who serves as a vice president for Windows 10 division at Microsoft, offered a rare public discussion from the company on where the company's mobile hardware ambition lies.

In a series of tweets, Belfiore said that building new features for Windows Phone and launching new handsets are no longer a "focus" for the company. This is the first time a Microsoft executive has publicly admitted that the company is no longer pursuing any future with Windows 10 Mobile. Even as Microsoft hasn't launched any new Windows Phone handset in years, in a 2015 interview with Panos Panay, vice president of Microsoft who oversees devices, Wired's David Pierce had noted that the company was testing new devices. That interview spurred possibilities among Windows Phone enthusiasts that Microsoft was looking to launch more handsets - possibly named Surface Phone.

Belfiore, who returned to work at Microsoft after a year of vacation from the company, said Microsoft attempted to fix one of the biggest factors crippling the growth of Windows Phone, namely the unavailability of several popular apps, but its attempts never materialised. "We have tried VERY HARD to incent app devs. Paid money.. wrote apps 4 them.. but volume of users is too low for most companies to invest. ☹️," Belfiore tweeted.

Microsoft ended support for Windows Phone 8.1, the most popular version of its mobile operating system in July. Belfiore in another tweet insisted that the company will continue to support the platform by releasing bug fixes and security updates.

Responding to a hypothetical question from a user about what would Microsoft do when it realises that most Android and iOS users don't see any need to use Microsoft's services, Belfiore said "a huge, huge majority of our Windows/Office (and Xbox) users are mixed-ecosystem. MOST people have a different phone than PC."

Belfiore in another tweet explained his reasons for switching away from Windows Phone, "As an individual end-user, I switched platforms for the app/hw diversity. We will support those users too! Choose what's best 4 u."

Under the leadership of Satya Nadella, who was appointed as the chief executive officer of the company in 2014, Microsoft has made several bold changes to its strategy, increasingly opening up its services to rival platforms. Just last week, Microsoft released Edge Web browser in preview to Android and iOS.

In his book Hit Refresh, Nadella revealed that he opposed the idea of purchasing Nokia and further pursing a future in Windows Phone.