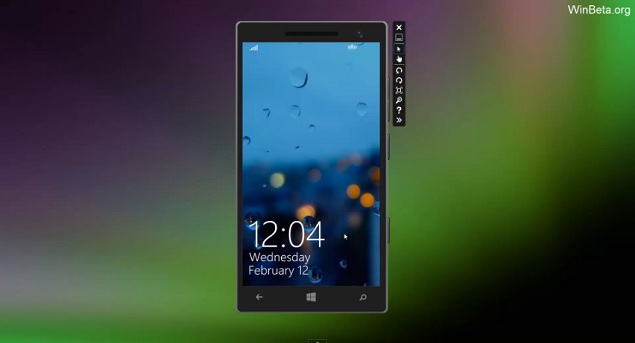 Recently, it was reported that Microsoft quietly slipped out some invitations for the confidential preview of the Windows Phone 8.1 SDK to select developers for their initial feedback and impressions regarding the firm's upcoming Windows Phone 8.1 OS.

It was also noted that the select developers were bound by a non-disclosure agreement with the firm, which prevented them from revealing what Microsoft has in store for the users with Windows Phone 8.1, and also stopped them from disclosing their participation in the process. However, just a day later, the purported SDK seems to have leaked out, and multiple sources claim to have listed the numerous new features in the upcoming update to the Windows Phone OS.

The latest leaks also indicate a closer relationship between Microsoft's Windows 8.1 OS and Windows Phone OS, like it was hinted before, with numerous shared features.

Many of purported new features of the Windows Phone 8.1 OS were listed by a user called 'These' on Reddit, which include a revamp in audio and video transcoding, improved media editing including audio effects, video effects and slow motion video; as well as stereoscopic 3D support. Other new features include Wi-Fi Direct support, YouTube player with HTML 5 support, slide down for closing apps and an updated camera layout.

Other purported new features include: back button doesn't terminate app; VPN support; SkyDrive changed to OneDrive with integrated file browser (as seen in Windows 8.1 OS), ability to install apps on SD cards; separate volume controls for ringer, media and more; Bing smart search (as seen in Windows 8.1 OS); redesigned Xbox game hub; drop-down from top includes quick access to Wi-Fi, Bluetooth and others; Action centre or notification centre accessible by a full swipe till the bottom of the screen; revamped keyboard; Bluetooth 4.0 LE for non-Lumia handsets; and the mirroring of Windows Phone displays to TVs and/or monitors.

Additionally, it has been also noted that WP8.1 OS will apparently also support both QHD (1440 x 2560 pixels) and qHD (540 x 960 pixels) resolutions, according to a data file pulled from the SDK. The news came as a Twitter post by a developer named Roman L. (with Twitter handle @AngelWZR). Recently the full-HD 1080p resolution came to Lumia handsets as a part of GDR3 update, and along with the first Windows Phone phablet - the Lumia 1520. However, it is possible that the QHD resolution update might still be reserved for a future update by Microsoft, and not come enabled in Windows Phone 8.1.

Besides the reported inclusion of the above-mentioned features to the Windows Phone platform with the WP8.1 update, some of the long-rumoured functionalities seem to have been not included, at least in the SDK. These features are a swipe-based keyboard, the Cortana-voice assistant and new Large Live Tiles like rumoured before.

Following video by WinBeta claims to detail the features available in the Windows Phone 8.1 SDK files: