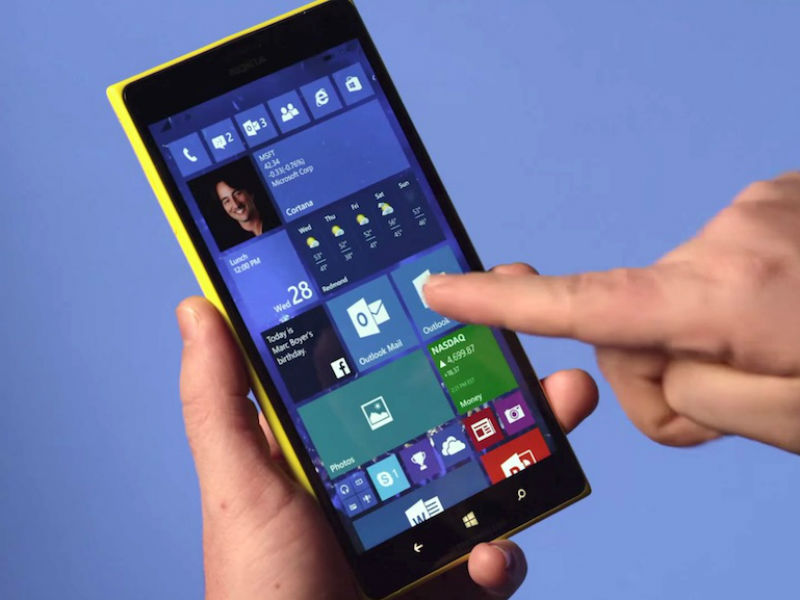 As expected, the Windows 10 Mobile Creators Update on Tuesday began rolling out to eligible devices. Microsoft is calling the update Windows 10 Mobile Redstone 2, and it brings a lot of fixes and improvements along with it. The update is a phased roll out, so it should be a while before all compatible smartphones get updates.

If you do not have one of these devices, then you're likely to be stuck with the Anniversary Update, and may receive security patches in the future, if the need be. The update's arrival depends on various factors like model, region, the manufacturer, or service provider, so don't hold your breath to receive it immediately.

The Creators Update brings a lot of under the hood improvements, and makes the interface more fluid than before. Windows Central reports that there are improvements in the Action Center, and more call-to-action buttons in case you miss a call. Microsoft has also introduced new system sounds, and the ability to lock and turn off the phone's screen using Continuum. Cortana also gets improvements with a new UI, and the ability to perform more system functions. Microsoft Edge gets the new 'set aside tab' feature found on the PC update as well. The Edge app also gets a separate bookshelf section for a new UI while book reading, and there is also a new 'read aloud' feature for users with poor visibility.

And of course, there is the new View 3D app which essentially lets you see all the content you made on the Paint 3D app. However, the Paint 3D app is PC only, so this app is only to view that content on mobile, and doesn't help in creating or editing any 3D media.