Why the BlackBerry Q10 will find few takers 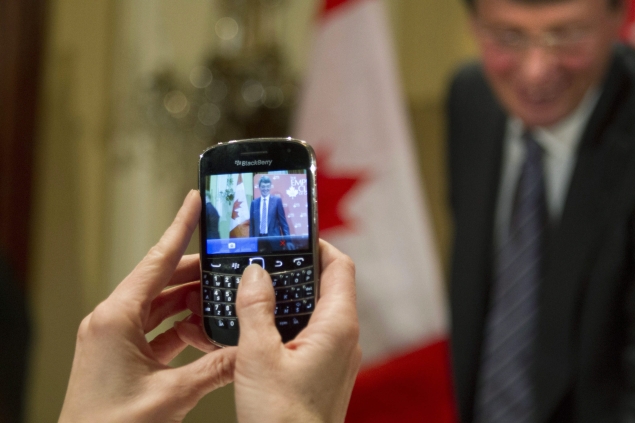 BlackBerry Thursday launched the Q10 in India -- the second of the two BB10 OS-based handsets that were first shown at the company's global BB 10 event in January this year. And it's priced at a staggering Rs 44,990 (around $820).

BlackBerry loyalists who haven't been excited by the all-touch (and high-priced Z10) were hoping for a much lower pricetag on the Q10. They've been disappointed.

The first six months of 2013 have gone by with the one, high-priced, all-touch BB10 model, the Z10. And the last thing BlackBerry needed now was an expensive companion model.

Don't get me wrong. By all accounts, the Q10 is outstanding.

From keyboard to overall design and engineering, sharp 3.1-inch AMOLED multi-touch display, a unique carbon-weave pattern on the back (black model only), noise-cancellation tech, and a better radio (adaptive signal strength modification, for better reception in low signal).

I've been using the Z10 for three months, most things are great about it, but there's the missing keyboard. I'd love the Z10, but with a BlackBerry keyboard added. That's the Q10. I want it.

So what's the problem? The price.

At this price-point, most people - even BB loyalists - will not buy a phone with a keyboard, and especially not a BlackBerry. At the Rs.45k level, buyers expect the iPhone - or something seriously "cooler" or different -- with a large, multi-touch screen.

What's more, BlackBerry had begun to make major inroads into the younger segment in India, with cheap plans (Rs.99 for BBM) and handsets (starting at Rs.10,000). It has nothing new yet to offer this growing segment. The Q5, a colourful BB10 device aimed at this segment, is at least three months away (also with a 3.1 inch touchscreen and keyboard). And we don't know the price yet.

Every BB handset below Rs.40k, all running older BB software, now is simply too long in the tooth. There's too much competition out there, from both Android and Windows, for the young - who change handsets every year - to hang on to BlackBerry.

Yes, BlackBerry's messenger, BBM, is still a killer app, but the multi-platform WhatsApp has been doing very nicely, thank you. And BBM will now be available on other platforms too.

The Q10 brings back the BlackBerry's distinctive QWERTY keyboard, somewhat similar to the Bold's, though with absolutely straight lines. This keyboard will appeal to its old-faithful senior-executive user base. But wait. Many of them have already crossed over to iPhone and other models.

And so, the other way to look at the Q10 - a BB10 device with a keyboard and display - is that it could have been BlackBerry's saviour, bringing it back the numbers and market-share in India - if it had a Rs.30k pricetag.

Prasanto K. Roy (@prasanto on Twitter) is editorial advisor at CyberMedia. The views expressed are personal.