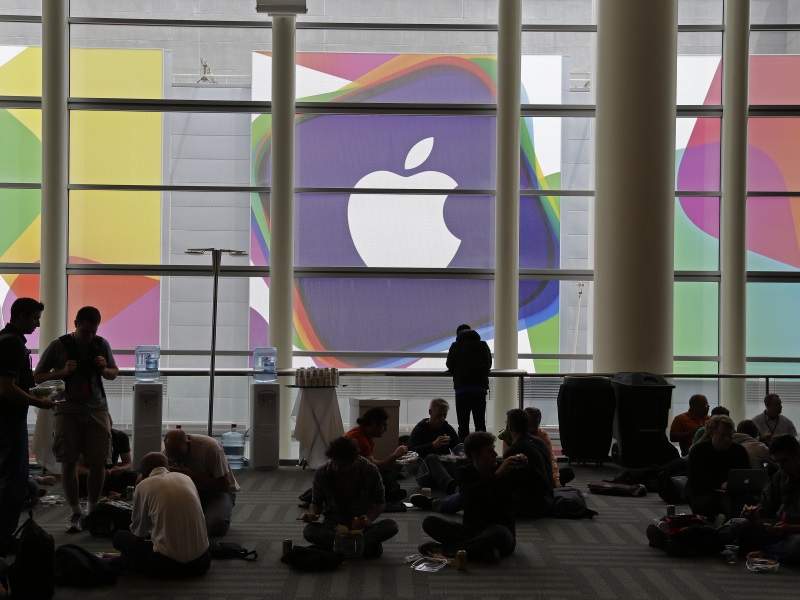 Highlights
Warren Buffett's Berkshire Hathaway Inc revealed a more than $1 billion stake in Apple Inc in a rare foray into the technology sector, which Buffett has largely shunned apart from a poorly performing investment in IBM.

Shares of Apple rose 3.7 percent on the news, closing up $3.36 at $93.88. Berkshire made its investment in the first quarter, before the iPhone maker in April reported its first quarterly revenue decline in 13 years.

The investment was announced amid an increasing view among investors that Apple may deserve a lower valuation because its heady growth days may be over. However, Apple has a strong balance sheet and management, attributes long favored by Berkshire.

"It makes sense because it's a consumer company disguised as a technology company with a great business model, strong cash flow and a cheap valuation," said Jeff Matthews, author of books about Buffett and a principal at the Ram Partners LP hedge fund. "It's not a leap of faith."

In a regulatory filing detailing most of its stock holdings, Berkshire said it held 9.81 million Apple shares worth $1.07 billion as of March 31.

The value of the stake has since fallen to about $921 million, even with Monday's gain. Berkshire's largest technology bet has been Buffett's roughly $12.1 billion stake in International Business Machines Corp, an investment now more than $1.6 billion in the red.

Apple stock "is stunningly cheap, and it has a massive pile of cash," said Steve Wallman, founder of Wallman Investment Counsel in Middleton, Wisconsin, who has owned shares of Berkshire since 1982 and Apple since 2003. "Apple is not getting credit for research and development it is doing behind the scenes."

An Apple spokeswoman did not respond to requests for comment.

Mixed views on hedge funds
The Apple investment was made by one of Buffett's two stockpicking deputies, Todd Combs and Ted Weschler, his assistant said in an email to The Wall Street Journal.

Combs and Weschler, who ran hedge funds before joining Berkshire, each invest about $9 billion and usually make smaller wagers, while Buffett, known as the Oracle of Omaha, makes bigger investments such as IBM.

Investors said Combs may have been the Apple buyer. He invested in chipmaker Intel Corp for Berkshire in 2011.

Buffett's assistant did not respond to a request for comment.

In April, Apple said revenue for the quarter ended March 26 declined as an increasingly saturated smartphone market hurt iPhone sales, which fell for the first time.

Apple's market value last week dipped below that of Google parent Alphabet Inc, even though Apple generates roughly triple the revenue and profit. Before Monday, shares of Apple were down by a third from their April 2015 peak.

Synovus Trust Company portfolio manager Daniel Morgan, noting that Buffett is known as a value buyer, said; "That kind of puts the icing on the cake that Apple now is probably considered more of a mature technology company, like we would think of Microsoft, Intel or Cisco.

"I don't think we can put them in the same bracket right now as Google, Amazon or Netflix," said Morgan said, who owns Apple because of its low price-earnings ratio and high dividend yield.

"It's a value stock that has the potential for a big growth," said Steve Chiavarone, a portfolio manager at Federated Investors in New York who also holds Apple stock.

Hedge fund manager David Einhorn is also a fan, and his firm Greenlight Capital on Monday said it boosted its Apple stake by 31 percent in the first quarter.

Other prominent investors have retrenched.

Last month, billionaire Carl Icahn said he sold his Apple stake on concern about the company's relationship with China.

Buffet on Yahoo
Despite his traditional aversion to technology sector, Buffett told CNBC on Monday that he offered to help Dan Gilbert, the chairman of Quicken Loans and owner of the Cleveland Cavaliers basketball team, finance a bid for internet company Yahoo Inc.

While Buffett told CNBC he would not be an equity partner, he could collect dividends or interest on the financing, and perhaps take an equity stake later.

"Buffett has always restricted himself from investing in things he doesn't know or understand, and staying within his circle of confidence," said Richard Cook, co-founder of Cook & Bynum Capital Management LLC in Birmingham, Alabama, which invests 8 percent of the $350 million it manages in Berkshire.

The Apple investment may have been made with proceeds from the sale of AT&T Inc stock, as Berkshire exited what had been a $1.6 billion stake.