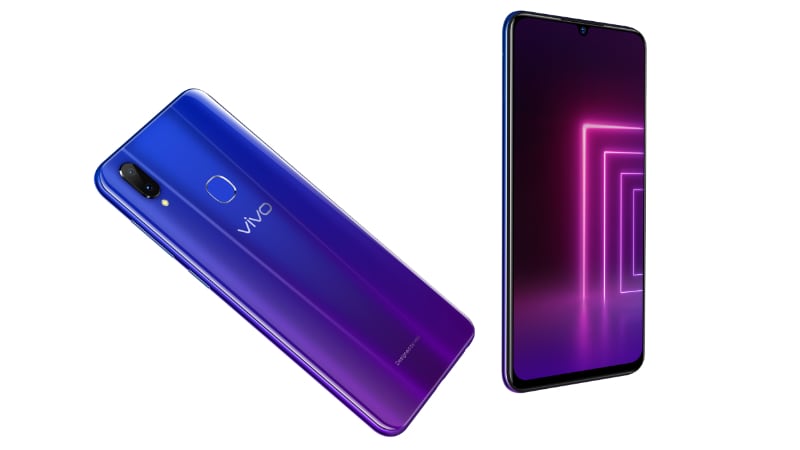 Vivo Z3i Standard Edition has been launched in China. The new model comes as an inferior variant of the original Vivo Z3i that debuted in the Chinese market last October. The key difference from the original model is the presence of an IPS LCD display on the Vivo Z3i Standard Edition. The regular Vivo Z3i featured an AMOLED panel. The new smartphone also comes in Dream Pink and Starry Night Black as the two new colour options. Rest of the hardware of the Vivo Z3i Standard Edition matches its previous model. The smartphone comes with an octa-core MediaTek Helio P60 SoC and includes 128GB of onboard storage. Also, there is a 19:9 display with a waterdrop-style notch.

To recall, the original Vivo Z3i was launched in China at CNY 2,398 (roughly Rs. 25,000) and had Aurora Blue as well as Millennium Powder colour options. The smartphone essentially came as a rebranded variant of the Vivo V11 that had debuted in India in September after arriving in Thailand as the Vivo V11i.

The dual-SIM (Nano) Vivo Z3i Standard Edition features a 6.3-inch full-HD+ (1080x2280 pixels) LCD IPS panel along with a 19:9 aspect ratio and a screen-to-body ratio of 90.3 percent. This is unlike the original Vivo Z3i that had a 6.3-inch AMOLED display. However, rest of the specifications of the new model are identical to its original variant.

The Vivo Z3i runs Funtouch OS on top of Android 8.1 Oreo. Under the hood, there is an octa-core MediaTek Helio P60 SoC, coupled with 6GB of RAM and 128GB of internal storage that is expandable via microSD card (up to 256GB).

Connectivity options on the Vivo Z3i include 4G LTE, Wi-Fi, Bluetooth v5.0, GPS/ A-GPS, and Micro-USB. Sensors on board include an ambient light sensor, gyroscope, and proximity sensor. The smartphone also has a fingerprint sensor at the back as well as supports facial recognition using the front-facing camera. Besides, the smartphone packs a 3,315mAh battery and measures 155.97x75.63x8.1mm.