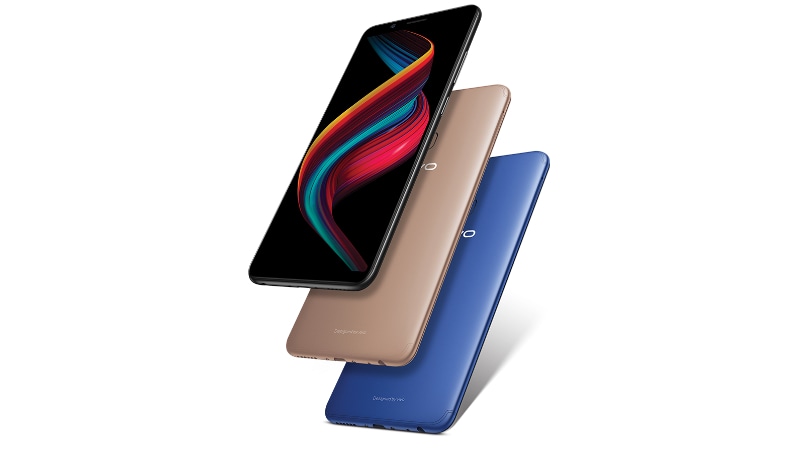 The Vivo Z10 smartphone has been launched in India. The smartphone, which looks like a new version of the Vivo V7+ that was launched in September, is available for purchase through offline stores in Andhra Pradesh, Karnataka, Tamil Nadu, and Telangana. It features a 'FullView' display and a Moonlight Selfie camera. The smartphone also has a Snapdragon 450 SoC under the hood and a face-unlocking feature called Face Access. It additionally includes Smart Split 3.0 and Live Photo features. Price of the new smartphone is uncertain. The Chinese company has revealed the Vivo Z10 price in India, as well as its availability details.

The Vivo Z10 price in India has been set at Rs. 14,990, and it will go on sale via offline stores in four states only: Andhra Pradesh, Karnataka, Tamil Nadu, and Telangana. Vivo has not specified any launch offers for the Z10.

As per the official Vivo India site listing, the dual-SIM (Nano) Vivo Z10 runs FunTouch OS 3.2 based on Android 7.1 Nougat and features a 6-inch HD+ (720x1440 pixels) FullView Display panel that has an 18:9 aspect ratio and a screen-to-body ratio of 84.4 percent. It is powered by an octa-core Qualcomm Snapdragon 450 SoC, coupled with 4GB of RAM.

The smartphone has a 16-megapixel rear camera sensor that comes with a PDAF lens and supports features such as Slow Motion and 64-megapixel Ultra HD image upscaling functionality. For capturing self-portraits, there is a 24-megapixel camera sensor with Moonlight glow technology that gives a soft radiant complexion using Vivo's Face Beauty algorithm. The handset also has a Portrait Mode that blurs the background and sharpens foreground using software tweaks to deliver a bokeh effect-like experience. Furthermore, the front camera sensor works with the preloaded Face Access feature to unlock the screen by scanning multiple areas of the face and identifying different biological facial features.

For storing content, the Vivo Z10 has 32GB of onboard storage that is expandable via microSD card. The smartphone has 4G VoLTE, Wi-Fi, Bluetooth, GPS/ A-GPS, Micro-USB, and a 3.5mm headphone jack on the part of connectivity. There is also a rear-facing fingerprint sensor. Lastly, the smartphone packs a 3225mAh battery.