Vivo Y35 4G will be launched on August 11 in Malaysia. 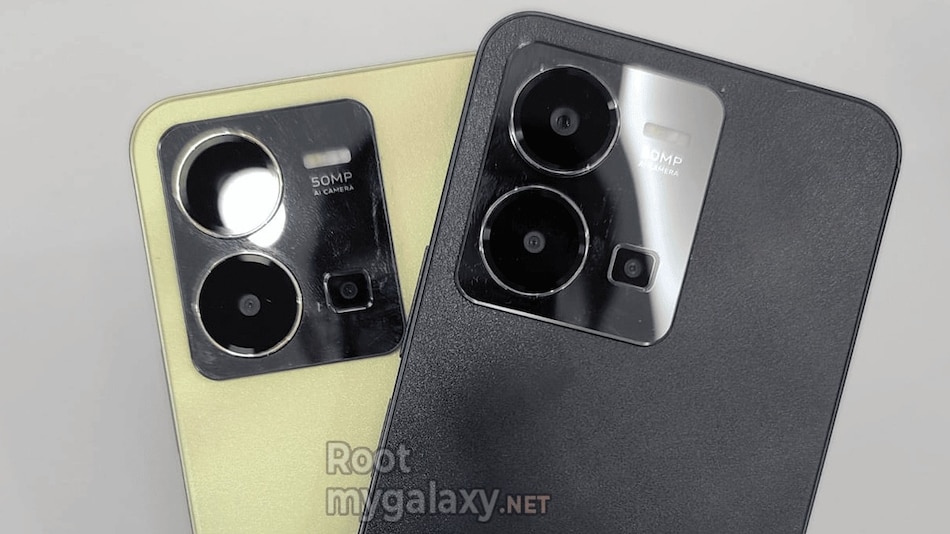 Vivo Y35 4G, a new Y-series smartphone from the Chinese smartphone brand is all set to launch on August 11 in Malaysia. Just days before the formal debut, a live image of the Vivo Y35 4G has leaked online. The render shows the handset in two shades and suggests triple cameras at the rear along with an LED flash. However, the Vivo Y35 4G is confirmed by the company to come in two colour variants. It will be powered by the Snapdragon 680 SoC, alongside 8GB of RAM, and 256GB of onboard storage. It will pack a 5,000mAh battery with support for 44W FlashCharging.

Known tipster Paras Guglani (@passionategeekz), in collaboration with Rootmygalaxy, has leaked the hands-on image of the Vivo Y35 4G. As mentioned, the leaked render shows the handset in two different colour options. It shows a triple rear camera unit arranged in the upper left corner of the handset. The camera unit is led by a 50-megapixel AI-backed primary sensor. Further, the left spine of the handset has the power and volume buttons.

Vivo has already announced that the launch of the Vivo Y35 4G will take place on August 11 in Malaysia. The brand is already teasing the specifications of the handset via its Malaysia website. It will be offered in Agate Black and Dawn Gold colour options.

The upcoming Vivo Y-series phone is confirmed to feature a 6.58-inch full-HD+ (1,080 x 2408) LCD display. It will be powered by Qualcomm's Snapdragon 680, coupled with 8GB of RAM, and 256GB of onboard storage. The inbuilt RAM can be expanded virtually up to 16GB using additional onboard storage.

The Vivo Y35 4G is teased to come with a triple rear camera setup headlined by a 50-megapixel main sensor. It will include two 2-megapixel sensors as well. For selfies, the phone will get a 16-megapixel selfie sensor at the front. It is confirmed to pack a 5,000mAh battery that supports 44W FlashCharge support.