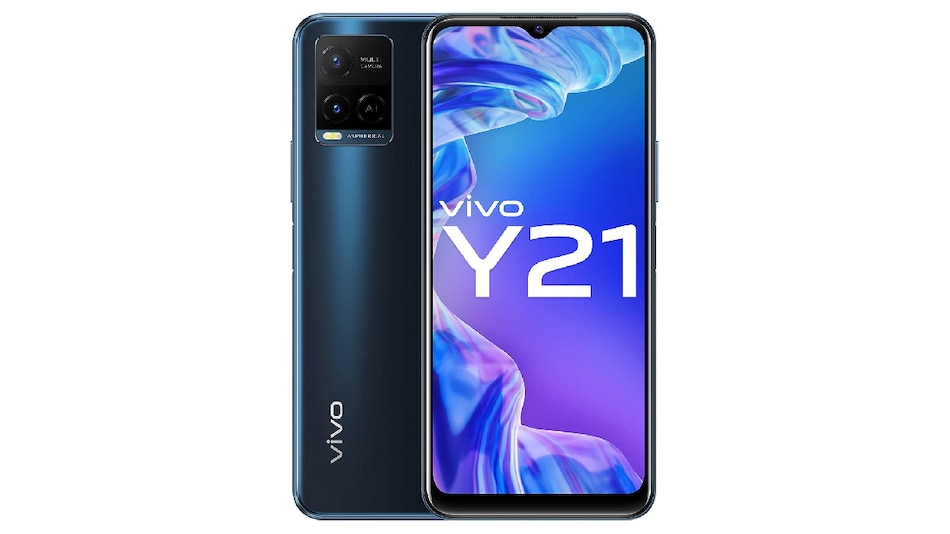 Vivo Y22 series is expected to succeed the Y21 series

Vivo Y22s has been reportedly spotted on a partnered website with the model number V2206. The smartphone is said to launch as part of the Vivo Y22 series, which is expected to succeed the Y21 series. The Vivo Y21 series was launched in India in August 2021. Additionally, the US Federal Communications Commission (FCC) and the Geekbench benchmarking listings of the Vivo Y02s have been spotted. The Y02s could be powered by the octa-core MediaTek Helio P35 SoC coupled with 3GB of RAM, as per the Geekbench listing.

Tipster Paras Guglani (@passionategeekz) has shared, in collaboration with MobileStalk, that the Chinese smartphone company could launch the Vivo Y22 series in August as a smartphone from the series has been spotted listed on a partnered website. The Vivo Y22s has been spotted with the model number V2206. The rumoured Vivo smartphone series is said to succeed the Vivo V21 series that was launched in India in August last year.

As per the US FCC listing, the Vivo Y02s will feature GPRS, EGPRS, WCDMA, LTE, and VoLTE network options. It can also get 2.4GHz + 5GHz dual-band Wi-Fi, Bluetooth, and dual-SIM support. The smartphone has also been listed on the Geekbench benchmarking website with the same model number. A smartphone with the model number V2204 can also be seen listed alongside Vivo Y02s. This smartphone, which is said to be Vivo Y16, has also been reportedly spotted on the Bureau of Indian Standards database recently.

Vivo Y02s could be powered by an octa-core ARM MT6765V/CB chipset with four cores clocked at 1.80GHz and the other four at 2.30GHz, according to the Geekbench listing. This is the MediaTek Helio P35 SoC. The smartphone can also be seen listed with 3GB of RAM and Android 12. According to the Geekbench website, the Vivo handset has scored 166 in single-core performance and 905 in multi-core performance.

The Vivo Y02s is said to sport a 6.51-inch display with HD+ resolution and 60Hz refresh rate. The handset can reportedly run Android 12 out-of-the-box. As previously mentioned, it could be powered by the MediaTek Helio P35 SoC, coupled with 3GB of RAM and 32GB of inbuilt storage. It is expected to feature an 8-megapixel single rear camera setup. At the front, it can get a 5-megapixel selfie shooter. The smartphone is said to pack a 5,000mAh battery with 10W charging over a USB Type-C port, and 5W reverse charging support.

The Vivo Y16 is also expected to feature a 6.51-inch display with full-HD+ resolution. It could run on Android 12. The smartphone is reportedly going to be powered by the MediaTek P35 SoC, coupled with 4GB of RAM. It can sport a dual rear camera setup with a 50-megapixel primary shooter and a 2-megapixel secondary shooter. It can also get an 8-megapixel selfie camera at the front. The Vivo Y16 can pack a 5,000mAh battery with 18W fast charging support.

Who Says China Has Locked in the EV Supply Chain?