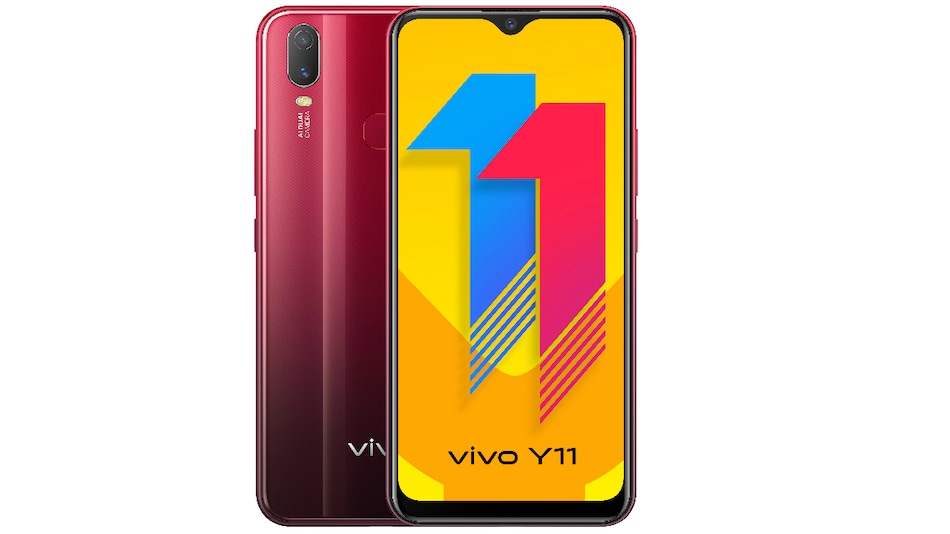 Vivo Y11 is reportedly getting Android 11-based Funtouch OS 11 update in India. The smartphone was launched in December 2019 with Android 9 Pie and subsequently received Android 10 update. As Vivo provides two OS updates for their smartphones, the latest update will be the last major update that Vivo Y11 will receive. Some users are also reporting bugs with this update so it can be expected that Vivo will fix these issues soon. The smartphone is powered by the Snapdragon 439 SoC, paired with 3GB of RAM and 32GB of onboard storage.

A few users tweeted that Vivo Y11 is receiving Android 11-based Funtouch OS 11 in India. The tweets were first spotted by PiunikaWeb. Although, Vivo has given no confirmation regarding this. The update will bring Android 11 features like chat bubbles, one-time permissions, and always on display. However, many users have tweeted that the latest update is full of bugs that include Wi-Fi disconnection, slow performance, colour saturation issues in the display among others. It is suggested that users should hold off on updating their smartphone till the issues have been resolved by Vivo.

The update for Vivo Y11 is 2.9GB in size and its build number is rev 6.8.25. It is advisable to update the smartphone while it is connected to a strong Wi-Fi connection and while put on charge. There, however, has been no information regarding the Android security patch bundled with the update.

Vivo Y11 was launched in December 2019 and sports 6.35-inch HD+ (720x1544 pixels) LCD screen with waterdrop-style notch. Under the hood, there is a Snapdragon 439 SoC with 3GB of RAM and 32GB of onboard storage. For optics, it has a dual rear camera setup with a 13-megapixel primary sensor with an f/2.2 lens and a 2-megapixel secondary sensor with an f/2.4 lens. For selfies, it has an 8-megapixel sensor with an f/1.8 lens. It packs a 5,000mAh battery and connectivity options include 4G LTE, Bluetooth 4.0, Micro USB OTG, and a 3.5mm headphone jack.

Which is the bestselling Vivo smartphone in India? Why has Vivo not been making premium phones? We interviewed Vivo's director of brand strategy Nipun Marya to find out, and to talk about the company's strategy in India going forward. We discussed this on Orbital, the Gadgets 360 podcast. Orbital is available on Apple Podcasts, Google Podcasts, Spotify, and wherever you get your podcasts.