Vivo Y02s is reportedly going to launch globally on July 28. 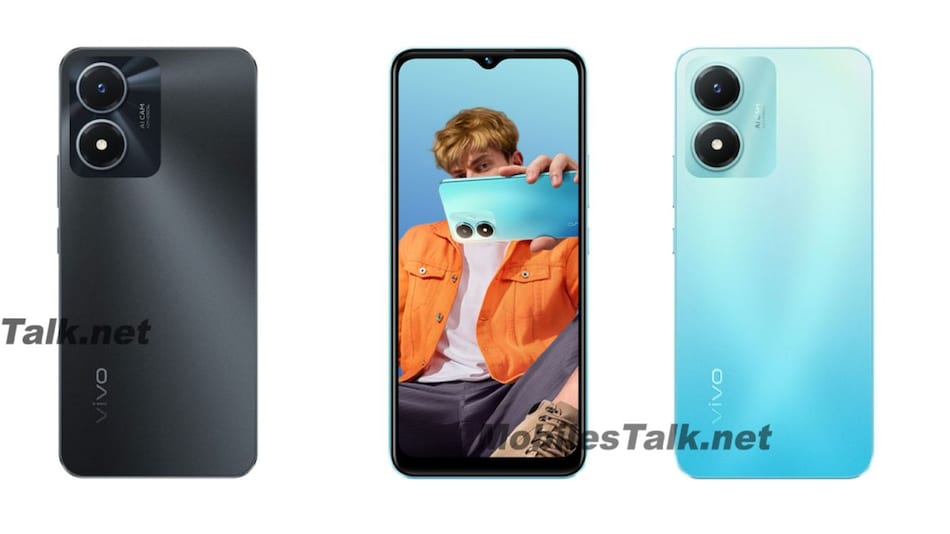 Vivo Y02s official renders have surfaced online, ahead of the launch of the company's purported handset. The alleged renders show the smartphone in two colour options with a single rear camera setup and an LED flash. The rumoured Vivo handset was earlier spotted on the IMEI database that hinted at the upcoming launch of the handset. A recent report had also shared the expected price and specifications of the smartphone. It is said to feature a 6.51-inch display with HD+ resolution and 60Hz refresh rate. The Vivo Y02s is expected to get 3GB of RAM and 32GB of inbuilt storage.

Tipster Paras Guglani (@passionategeekz), in collaboration with MobilesTalk, has shared the alleged official renders of the Vivo Y02s. It shows the smartphone in Favorite Black and Vibrant Blue colour options with a single rear camera setup and an LED flash. The camera module can also be seen with “AI CAM” written on it. On top of the display, a waterdrop-style notch is also visible that will likely house the selfie camera.

Recently, the Vivo Y02s was also spotted on the IMEI database with the model number V2203. The handset was also reportedly spotted on the TKDN certification database, which suggests its global availability. It is also said to succeed Vivo Y01 handset.

Vivo Y02s is expected to feature a 6.51-inch display with HD+ resolution and a 60Hz refresh rate. It could be powered by the MediaTek Helio P35 SoC, along with 3GB of RAM and 32GB of inbuilt storage. The handset is said to feature a single rear camera setup with an 8-megapixel primary lens and an LED flash. At the front, it could get a 5-megapixel selfie camera.

The rumoured Vivo handset is expected to get a 5,000mAh battery with 10W charging over a USB Type-C port, and 5W reverse charging support. It is expected to be 8.19mm in thickness and will likely weigh around 182g. Vivo Y02s is said to run Android 12 out-of-the-box.

Should you pick Vivo over Galaxy S22 and OnePlus 10 Pro? We discuss this on Orbital, the Gadgets 360 podcast. Orbital is available on Spotify, Gaana, JioSaavn, Google Podcasts, Apple Podcasts, Amazon Music and wherever you get your podcasts.