Vivo X60 and X60 Pro are expected to be the next flagship smartphones by the company, but the series may also include a Vivo X60s. 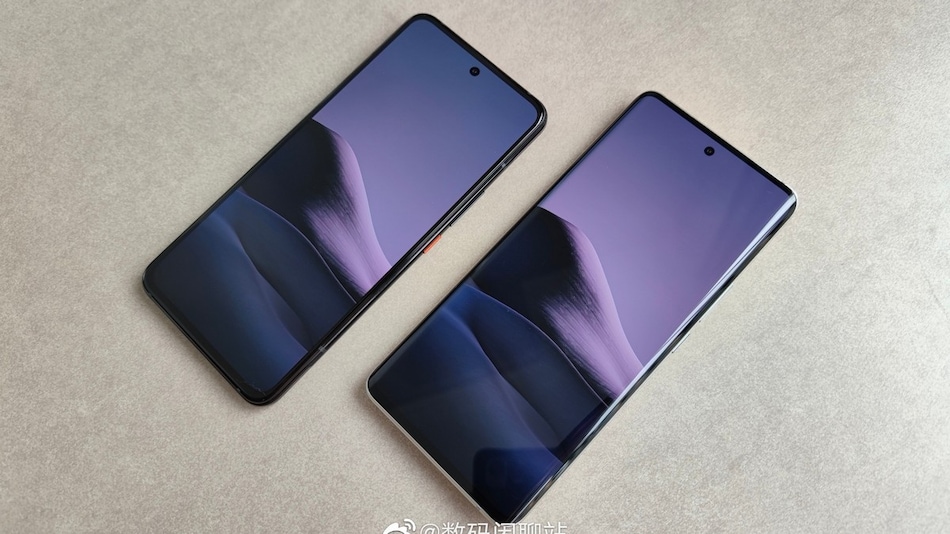 Vivo X60 may have a flat display, while Vivo X60 Pro may come with a curved display

Vivo X60 and X60 Pro live photos have allegedly been leaked to show how the two phones will look from the front. Another leaked image purportedly shows the Vivo X60 Pro running OriginOS, Vivo's new and improved skin on top of Android OS that will be made official on November 18. The leaked images were shared on Chinese microbogging website Weibo, where another tipster hinted at the starting prices of the Vivo X60 and X60 Pro, along with the expected SoC that will be powering the phones.

As per the post by tipster Digital Chat Station on Weibo (translated), the Vivo X60 and Vivo X60 Pro will follow the hole-punch cutout design for the selfie camera. The Vivo X60 is said to have a flat screen while the Vivo X60 Pro may come with a curved screen, as seen in the image shared by the tipster. Another image shows the supposed Pro variant running OriginOS. The company will be unveiling its OriginOS on November 18 through an event in China.

Another tipster by the user name Arsenal (translated) shared that the Vivo X60 and the X60 Pro will be powered by the Samsung Exynos 1080 SoC. Samsung will be officially unveiling this processor today. The tipster also adds that the starting price for the Vivo phones will be CNY 3,500 (roughly Rs. 39,400). Presumably, this will be the price for the base model of the Vivo X60 and the Pro variant will be priced relatively higher. The post was first spotted by Gizmochina.

It is possible that the Vivo X60 Pro will come with the Snapdragon 875 SoC instead of the Exynos 1080 SoC, according to another tipster on Weibo. Both phones will likely run OriginOS based expected to be based on Android 11.

The Vivo X60 series may include a third phone called the Vivo X60s 5G. Back in July, a phone with the name Vivo X60s 5G was spotted in a Bluetooth SIG listing. This phone is said to come with 8GB of RAM and the Snapdragon 765G SoC. It may support 33W fast charging.

As of now, Vivo has not confirmed the details about the Vivo X60 series or how many phones will be part of the series. However, marketing material spotted recently at some local retail stores in China suggested the phones could launch soon.

Amazon Alexa Starts Guessing What You Want to Ask; Gets Care Hub to Keep an Eye on Elderly
Google Photos Unlimited Storage Ending: How to Export All Your Photos and Videos