Vivo X60 is speculated to debut either in November or December. 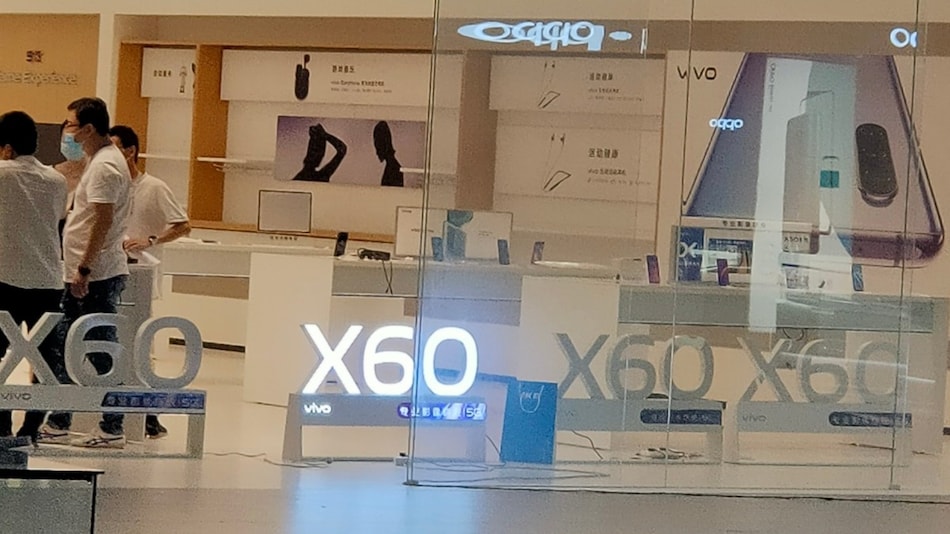 Vivo X60 is expected to debut in China soon as its marketing has apparently been started at some local retail stores in the country. An image has surfaced on the Web that shows the phone's branding making an appearance at a retail store. The smartphone is likely to come as the successor to the Vivo X50 that debuted in China in June and launched in India in July — alongside the Vivo X50 Pro. The Vivo X60 is likely to accompany the Vivo X60s that surfaced on the Bluetooth SIG website earlier this year.

The image showing the Vivo X60 branding at the retail store in China has been posted by a tipster on Weibo. The phone is speculated to launch in the country either in November or December, as noted by technology blog MySmartPrice. It is also likely to arrive around the launch of the Oppo Reno 5 series that is rumoured to come with Qualcomm Snapdragon 775G and Snapdragon 860 SoCs. The Oppo Reno 5 series was initially rumoured for May, though the new models are now likely to debut sometime later this year.

Details about the Vivo X60 are yet to be revealed. Nevertheless, the X60 series seems to retain the legacy of its predecessors that have quad rear cameras, with a superior camera performance. The Vivo X50 Pro debuted with a proprietary Gimbal Camera System that is likely to receive an upgrade in the successor.

In late July, the Vivo X60s surfaced on the Bluetooth SIG site with 33W fast charging and Snapdragon 765G SoC. The smartphone was also spotted carrying 8GB of RAM.

Vivo has not provided any details about the X60 series so far. Gadgets 360 was also not able to independently verify the leaked details. Thus, it is safe to consider the rumours with a pinch of salt.