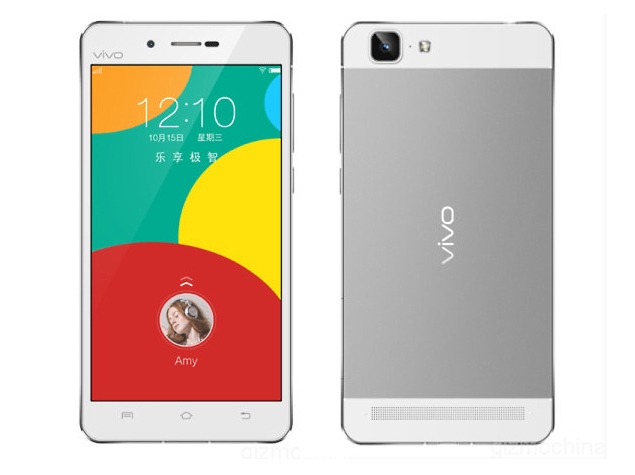 Chinese handset brand, Vivo at MWC 2015 on Monday launched a variant of its contender for the 'world's slimmest smartphone' crown dubbed the Vivo X5Max+. It had a slightly increased thickness of 5.1mm (because of bigger battery) instead of the original's 4.75mm thickness.

Just like the X5Max, the Vivo X5Max+ features 5.5-inch full-HD (1080x1920 pixels) Super Amoled display, but packs an octa-core 64-bit MediaTek MT6752 processor clocked at 1.7GHz instead of the 64-bit octa-core Qualcomm Snapdragon 615 processor (quad-core 1.7GHz + quad-core 1GHz), along with same 2GB of RAM. Notably, the firm was very much criticised for heating issues in X5Max.

Vivo has also put in a bigger 2300mAh battery in the X5Max+ thats significantly bumped up from the 2000mAh one on the X5Max. This has also increased the thickness of the device by 0.35mm (which is now 5.1mm).(Also see: Vivo X5Max+ vs Vivo X5Max)

On camera front, the Vivo X5Max+ packs the same 13-megapixel rear camera with LED flash and a front 5-megapixel camera. The 16GB inbuilt storage on the X5Max+ is expandable via microSD card (up to 128GB).