A notable tipster has claimed that Vivo X50 Pro will include a 48-megapixel periscope-style camera. 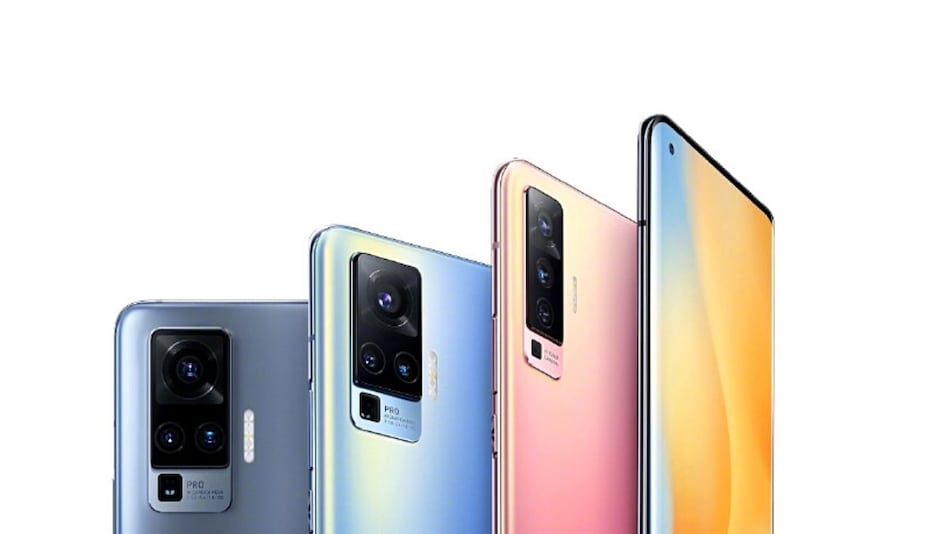 Vivo X50 smartphone is confirmed to launch on June 1. Vivo earlier this week revealed the phone also has a sibling, namely, Vivo X50 Pro. Now, the company via its Weibo account is teasing the official look of the smartphone as well as their colour options and the quad rear camera setup. Meanwhile, a notable tipster on the Chinese micro-blogging site has claimed that phones will carry 90Hz refresh rate display. Additionally, the tipster has claimed that the Vivo X50 Pro will come with a 48-megapixel periscope-style camera.

An official render posted on Vivo's Weibo account highlights Vivo X50 Pro's two colour options (in two shades of blue) while the vanilla Vivo X50 is available in Pink colour. It is indicated that both the Vivo X50 phones will pack a hole-punch display.

Vivo has also revealed the quad rear camera setup on the Vivo X50 series. Last week, the company highlighted the micro gimbal camera system on a Vivo X50 phone that is now speculated to be on the Pro model. The gimbal camera on the Pro is much larger and the phone's rear camera module comes in a unique design. While vanilla Vivo X50 also packs a quad rear camera setup, it is unclear whether the smartphone will include a micro-gimbal camera system or not. Both the phones are speculated to include a periscope camera. Other key details of Vivo X50 phones such as the processor make, battery capacity, storage option etc. are currently unknown. The price of smartphones also remains unclear.

To recall, the Vivo first teased the micro gimbal camera system with the Vivo Apex 2020 concept phone that was unveiled in February this year. This particular camera system is said to offer significantly less shaky and blurred photos and videos, compared to the other smartphones.

Meanwhile, a notable tipster, Digital Chat Station (translated) on Weibo has indicated that both Vivo X50 and X50 Pro will feature 90Hz refresh rate display. It is also tipped that Vivo X50 Pro will carry a 48-megapixel periscope camera.

More details about the Vivo X50 and X50 Pro are expected from the company in the coming days.