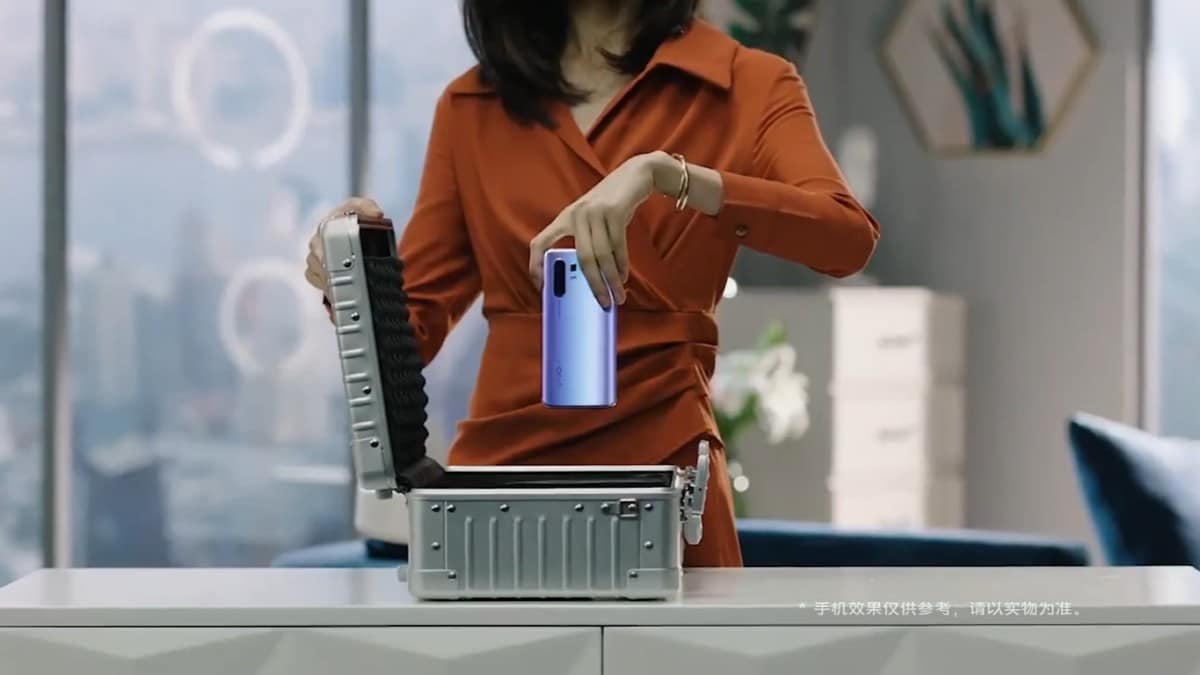 Vivo recently confirmed that its next smartphone, the Vivo X30, will be launched in December and will draw power from Samsung's Exynos 980 5G SoC. The phone's specifications were recently leaked as well, but now, Vivo has dropped a couple of official teaser videos that reveal some interesting details about the phone's imaging capabilities, and also give us our first official look at the phone. The first teaser reveals a periscope-style telephoto camera module with details about its focal length and aperture. The second one reveals that the Vivo X30 will bring 60x Super Zoom feature to the table.

The first teaser shared by Vivo's official Weibo account shows the phone itself, flaunting a gradient finish and a separate rectangular camera lens beside the triple rear camera module. The latter looks a lot like the periscope-style arrangement on the Huawei P30 Pro. A still in the teaser reveals the 16mm to 123mm focal length range and variable aperture values between f/1.8 and f/3.0. The latter is for a telephoto lens that will employ the periscope design for providing high optical and digital zoom feature, something that the second teaser and the hashtag “vivo X30 periscope-type super-telephoto” confirm.

Coming to the second teaser shared by Vivo on Weibo, it shows the Vivo X30's camera UI. In the video, one can see the zoom level in the viewfinder go all the way up to 60x zoom that is among the highest zoom levels we have seen on a smartphone. Vivo is calling this feature “60x Super Zoom”. The 60x zoom is most likely the peak digital zoom capability, however, details about the optical and hybrid zoom limits are not known at the moment.

Lastly, Vivo has also shared another teaser poster revealing that Vivo X30 will offer dual-mode 5G support, which means compatibility with both NSA (Non-Standalone) and SA (Standalone) connectivity standards. The Vivo X30 has already been confirmed to draw power from the Samsung Exynos 980 5G SoC and will go official next month. As per a leak, the Vivo X30 will sport a quad rear camera setup that will include a 64-megapixel main sensor, assisted by an 8-megapixel camera, a 13-megapixel snapper, and a 2-megapixel sensor as well. It is tipped to pack a 6.5-inch AMOLED display with 90Hz refresh rate and will reportedly be priced starting at CNY 3,198 (roughly Rs. 32,300) in China.