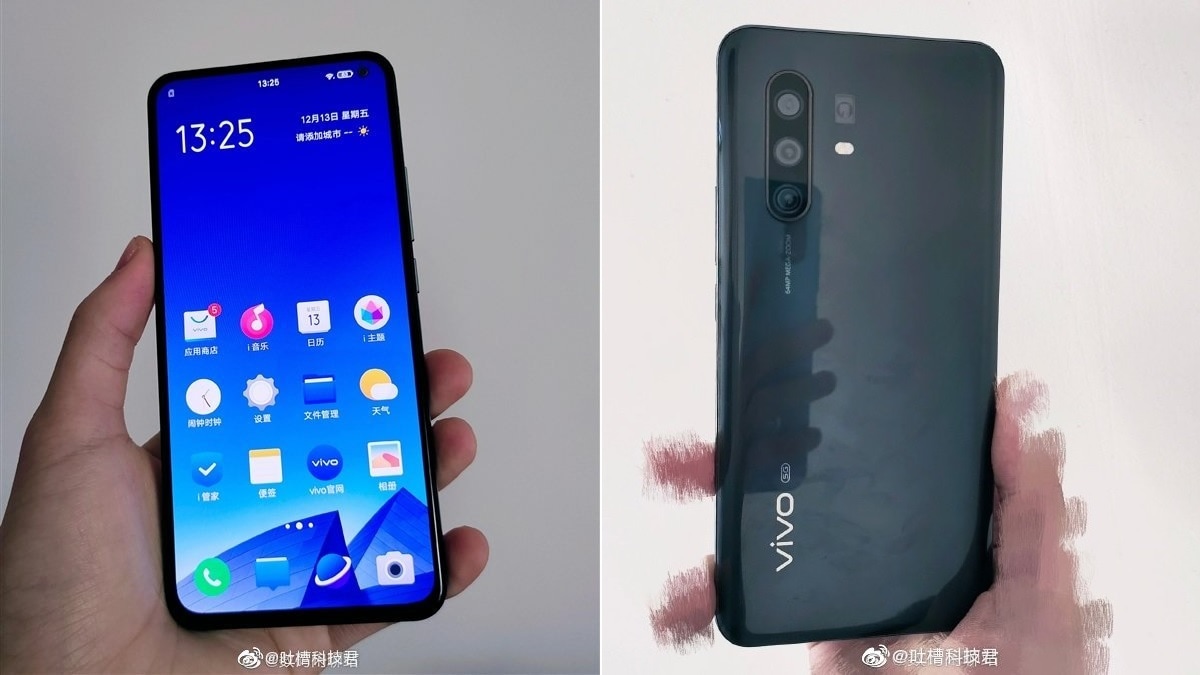 Vivo X30 and Vivo X30 Pro phones have been officially confirmed to launch on December 16, packing the Exynos 980 SoC and 5G support in tow. Ahead of the official launch, alleged live images of the Vivo X30 Pro have surfaced online, tipping a quad rear setup and what appears to be a periscope camera module akin to what the company has already teased in the Vivo X30 renders. Over at the front, the Vivo X30 Pro is shown flaunting a hole-punch housing a single selfie camera.

The alleged Vivo X30 Pro hands-on images come courtesy of Weibo, and they show a familiar design at the back that we've already seen in official Vivo X30 renders. There are three vertically-stacked camera sensors at the back and a rectangular module besides it that appears to be a telephoto lens with a periscope mechanism for facilitating optical zoom. We saw a similar arrangement on the Vivo X30 in its official teasers that also revealed up to 60x digital zoom support on the phone.