Vivo X30 back panel appears in a video teaser ahead of the phone’s official launch next month. 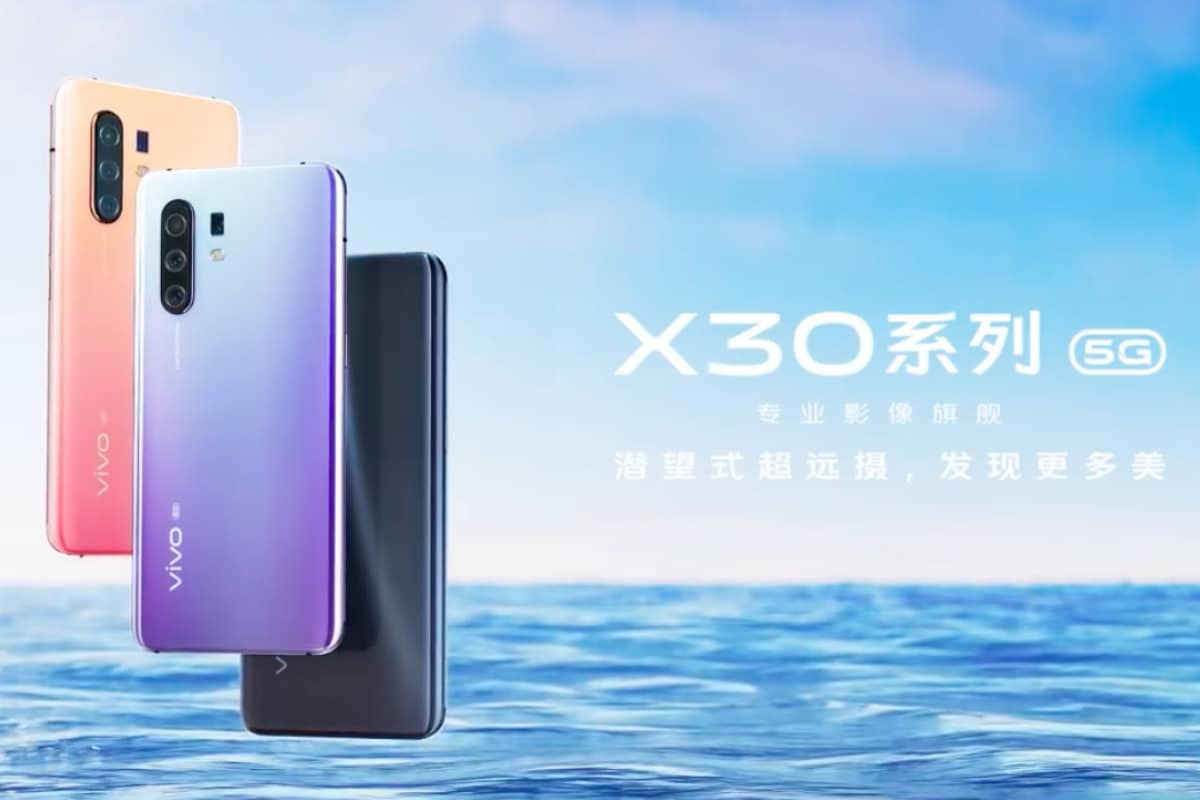 Vivo X30, the upcoming smartphone that is set to debut in December, is teased to come with a "super telephoto" periscope camera that would come as a part of a quad rear camera setup. An official teaser video for the phone has also been released that showcases the distinct colour options of the new Vivo phone alongside its gradient back finish. The video shows that the Vivo X30 will come in three colour options -- one along with a mineral-coloured gradient finish. An early teaser confirmed that the Vivo X30 will come with the Samsung Exynos 980 5G SoC.

A freshly released teaser image shows the rear camera setup of the Vivo X30. The image highlights that apart from a triple rear camera setup, the phone would have the dedicated periscope shooter to offer a super telephoto photography experience.

The new teaser follows a couple of video teasers that showed a periscope-style arrangement similar to the Huawei P30 Pro. The video teasers also pointed out that the new Vivo phone would offer 60x zoom. It is unclear whether it's optical or hybrid zoom, though.

Through the new video teaser, Vivo has also shown off the three colour options of the X30. The smartphone appears to have Coral, Black, and an oddly-looking, mineral-coloured gradient finish. Further, the video clearly shows the back of the Vivo X30 that has a 5G branding.

The Vivo X30 will come with the Exynos 980 5G SoC to support newer network configurations. The smartphone is also rumoured to come with a quad rear camera setup that would include a 64-megapixel primary sensor, paired with an 8-megapixel secondary sensor, 13-megapixel tertiary sensor, and a 2-megapixel quaternary sensor. Further, the handset is said to have a 6.5-inch AMOLED display along with 90Hz refresh rate.