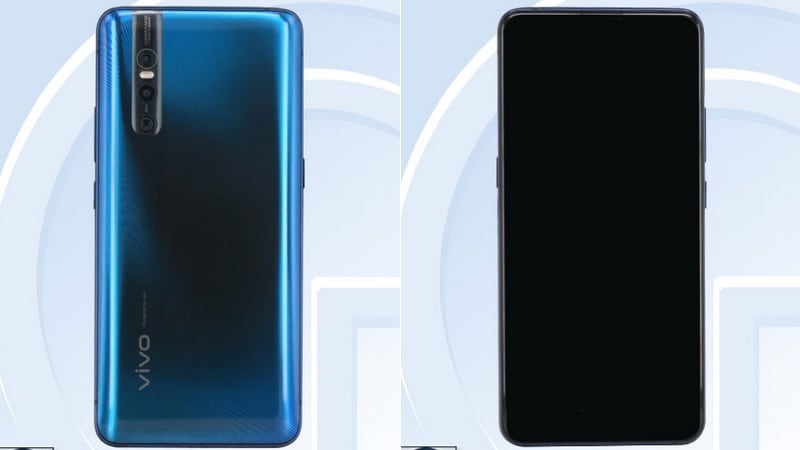 The Vivo X27 with a pop-up selfie camera and in-display fingerprint sensor will officially be unveiled on March 19 in China. Ahead of the launch event, Vivo has started accepting registrations for the upcoming smartphone. Moreover, the Vivo X27 has also been spotted in TENAA database, complete with images of the device as well as its key specifications. The promotional posters of the Vivo X27 have also surfaced online, which show the smartphone's gradient blue and a white-pink colour option. From the looks of it, the Vivo X27 appears to be sharing a lot of design elements with the recently launched Vivo V15 Pro.

The Vivo X27, which is all set for its debut in China on March 19, is now up for registrations on the official Vivo e-shop ahead of its launch. The registration page shows the device in two colour options – a gradient blue finish that we have already seen on the Vivo V15 Pro (Review) and a “Powder Gold” (translated) variant that has a white undertone with fine pink accents. A pair of leaked Vivo X27 promotional posters also show the same two colour options. The images, which were shared on Twitter, suggest that white pink Vivo X27 variant's rear camera module will flaunt a gold finish.

The Vivo X27's TENAA listing shows the upcoming smartphone flaunting a gradient blue and a gradient green finish on the rear panel. There is also a mention of a gold variant in the TENAA database, but there are no images of this particular model. The TENAA database states that the upcoming Vivo smartphone will pack a triple rear camera that consists of a 48-megapixel camera paired with a 13-megapixel and a 5-megapixel sensor. Under the hood, it will pack 8GB of RAM and up to 256GB of inbuilt storage, with Android 9 Pie handling things on the software side.

An in-display fingerprint sensor and support for fast charging are also on the table. As per the TENAA listing, the Vivo X27 will come in two configurations with 128GB and 256GB of internal storage. There will also be a 6.39-inch super AMOLED display onboard with a resolution of 1080 x 2340 pixels that will draw power from a 3,920mAh battery. The Vivo X27 was recently spotted on a Chinese TV show and was also leaked in the form of hands-on images. However, there is no word on the processor that will power the upcoming smartphone.