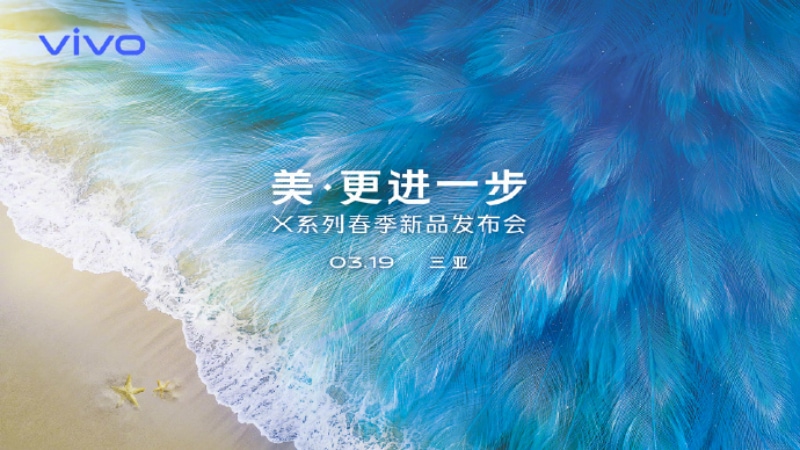 Vivo X27 to launch in China this month

Vivo has announced that it is launching the Vivo X27 smartphone in China on March 19. The phone, based on the photos released by the company, looks very similar to the Vivo V15 Pro, which comes with a pop-up selfie camera, a triple camera setup at the back, and an all-display front display panel. The Vivo X27 will feature a 48-megapixel sensor and support night view for low-light photography. The phone was spotted on TENAA recently, and it is tipped to sport a 3,920mAh battery, which is slightly bigger than the Vivo V15 Pro.

Vivo has taken to Weibo to announce the launch date for X27 in China. The phone will be unveiled on March 19 and the company is already taking registrations of interest on its China website. The Vivo X27 is seen to sport a triple rear camera setup aligned vertically and a pop-up selfie camera. The rear camera setup is already confirmed to include a 48-megapixel sensor, something that the TENAA listing had suggested earlier. The listing had also revealed the presence of 13-megapixel and 5-megapixel sensors.

The Vivo X27 is likely to be a rebranded version of the Vivo V15 Pro, but it will differ from the original in certain aspects. As per the TENAA listing, the Vivo X27 will come with 8GB of RAM, 3,920mAh battery, and up to 256GB of inbuilt storage. Additionally, the phone will run on Android 9 Pie and feature an in-display fingerprint sensor as well as support for fast charging.