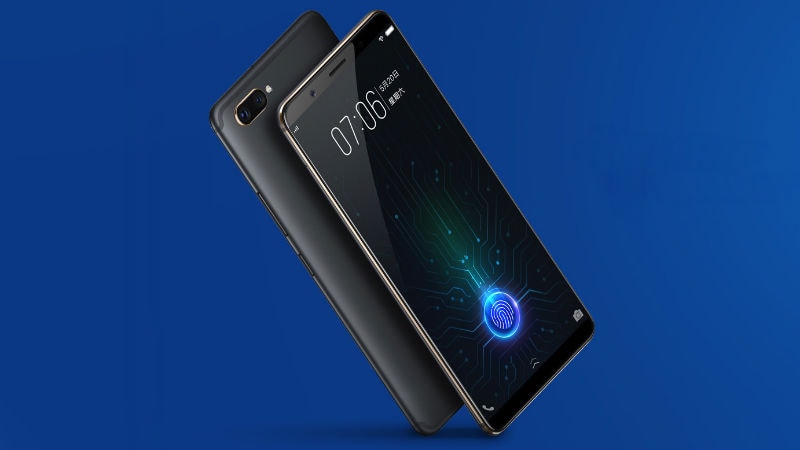 After much anticipation and some recent teasers, Vivo X20 Plus UD has ultimately been launched in China. Vivo on Wednesday made the new announcement after demonstrating the model at CES 2018 earlier this month that debuted as its first smartphone with an under-display fingerprint sensor. The smartphone features an AMOLED panel that hides the Synaptics-made under-display fingerprint sensor, called Clear ID 9500. It will go on sale in the Chinese market starting February 1 with a price tag of CNY 3,598 (approximately Rs. 36,100). The model will be available in only Black colour option with a golden frame.

The Vivo X20 Plus UD is a new variant of the original X20 Plus that was launched in September last year. What majorly makes the new smartphone different from its original version is the under-display fingerprint sensor that has been designed through a partnership between Vivo and Synaptics. The sensor is touted to detect fingerprint in few milliseconds and can work under layers up to 1.5mm thick, including a screen protector. It is mainly developed as a replacement for the existing fingerprint sensor solutions that are found on many smartphones nowadays, even various Vivo models. Further, Synaptics is aiming to produce as many as 70 million units of its under-display fingerprint sensors this year.

Apart from the under-display fingerprint sensor, the dual-SIM (Nano) Vivo X20 Plus UD runs Android 7.1 Nougat and features a 6.43-inch AMOLED display with full-HD+ (1080x2160 pixels) resolution and 18:9 aspect ratio. The handset is powered by a Qualcomm Snapdragon 660 SoC that includes four cores clocked at 2.2GHz and another four cores clocked at 1.8GHz, paired with 4GB of RAM.

The Vivo X20 Plus UD sports a dual camera setup on the back with a 12-megapixel primary sensor that comes with an f/1.8 aperture and a 5-megapixel secondary sensor. A 12-megapixel camera sensor is featured on the front with an f/2.0 aperture lens that also enables proprietary features such as face wake. The smartphone has 128GB onboard storage that is expandable via microSD card (up to 256GB) in a hybrid dual-SIM configuration.

Vivo has already listed the X20 Plus UD on its online shop in China. However, there aren't any details about its global availability and price.