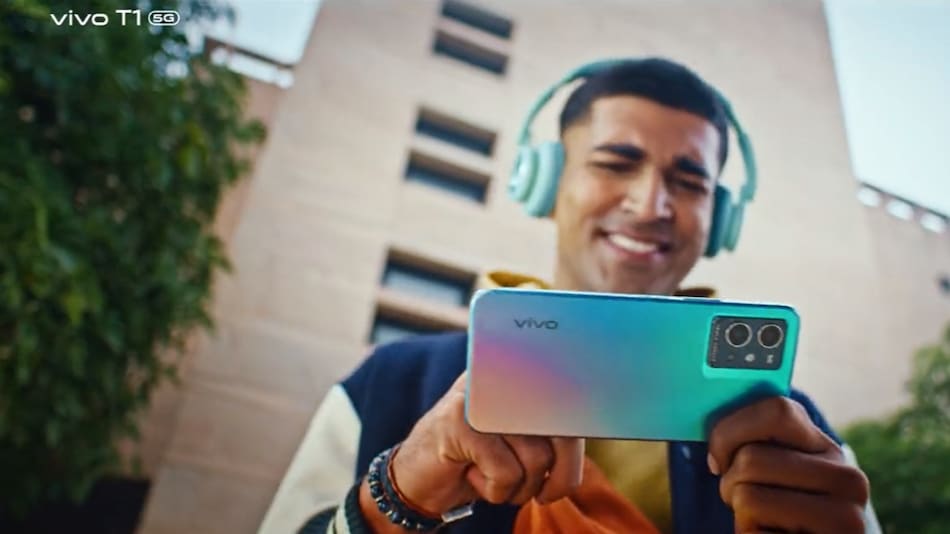 Unlike the Vivo X Note, the Vivo T1 5G came with a triple rear camera setup

Vivo X Note specifications have been leaked online by multiple tipsters. An upcoming Vivo phone was reportedly spotted on China's 3C certification site with the model number V2170A. One of the tipsters claims that this device will debut in China as Vivo X Note. Some key specifications of the device were also shared by the tipster. The smartphone is tipped to be powered by Qualcomm's flagship Snapdragon Gen 1 SoC. The Vivo X Note is expected to come with an AMOLED display, a quad rear camera unit, and a 5,000mAh battery. The rumoured Vivo X Note is said to debut as early as March this year.

As per the tipster WHY LAB, the model V2170A was previously expected to launch as the NEX 5 but will now launch as the Vivo X Note.

The tipster suggests that the Vivo X Note is expected to carry a huge 7-inch Samsung E5 AMOLED display, a 120Hz refresh rate, and slightly curved edges with a centrally placed punch-hole housing for the front camera.

A second tipster Panda is Bald (translated) says that the Vivo X Note will measure 168x76x9.2mm and weigh about 221 grams. The rumoured Vivo phone is said to be a flagship device powered by a Snapdragon 8 Gen 1 chipset and a 5,000mAh battery with 80W fast charging support.

The phone is tipped to have a quad rear camera unit with a 50-megapixel Samsung S5KGN1 primary camera, along with a 48-megapixel Sony IMX598 sensor, a 12-megapixel Sony IMX663 sensor, and an 8-megapixel OV08A10 sensor with 5x zoom. No details about the front camera of the Vivo Note X have leaked yet.

As mentioned, the phone has been tipped to debut sometime next month.