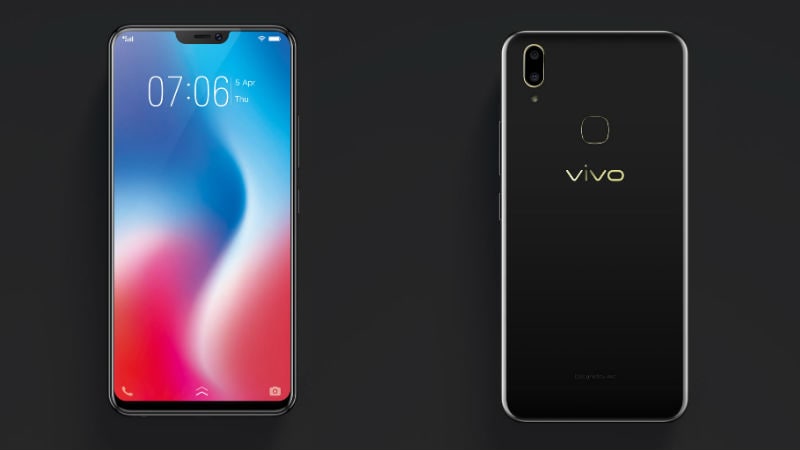 Vivo V9 has been launched in the market in a new 6GB RAM variant. When Vivo unveiled the V9 in India or Thailand and the Philippines earlier this year, the smartphone arrived in a 4GB RAM variant. Later another variant called Vivo V9 Youth was announced in the market, but this model too had similar configurations. However, the Chinese manufacturer has released the new variant in Indonesia. Notably, the 6GB RAM variant also brings a few other changes in terms of specifications. The key ones being the processor and the camera setup.

The new model has been dubbed as Vivo V9 6GB, and as evident from the name, it comes with 6GB of RAM, compared to 4GB RAM in the regular version. As mentioned, another key change is the processor. While the Vivo V9 is powered by the Qualcomm Snapdragon 626 processor, the Vivo V9 6GB is equipped with the Snapdragon 660 SoC. Meanwhile, in terms of optics, the Vivo V9's camera has been downgraded. While the original model has a dual rear camera setup with 16-megapixel and 5-megapixel sensors, and a 24-megapixel selfie camera, the newer model has introduced a 13-megapixel + 2-megapixel rear camera setup with a 12-megapixel camera at the front. However, in terms of design, the Vivo V9 6GB is the same as the original model. The new 6GB RAM variant will take on the likes of Oppo F7, which has a 6GB RAM model as well.

The Vivo V9 6GB has been priced at IDR 4,299,000 (roughly Rs. 20,600) in Indonesia. The smartphone will come in two colour options - Black, and Red. Pre-orders are now live, and it will run through July 5. However, there is no information on whether it will be arriving in other markets where the Vivo V9 is available. To recall, the original Vivo V9 was priced in India at Rs. 22,990.

The new variant of Vivo V9 comes with all the features that the company had touted in the earlier model, such as the AI-based Face Beautify app for selfie and video call beautification, and also 'AR Stickers', apart from a 'Portrait' lighting effect and Bokeh depth-of-field effect. The new V9 6GB model also comes with Face Access 2.0, which will help unlock the phone using face recognition.

Coming to the other features that have remained the same, the Vivo V9 6GB comes with 64GB of inbuilt storage, expandable via a dedicated microSD card slot (up to 256GB). Connectivity options include 4G VoLTE, dual-band Wi-Fi (2.4GHz and 5GHz), Bluetooth v4.2, GPS/ A-GPS, a 3.5mm headphone jack, and a Micro-USB port. Sensors onboard include an accelerometer, ambient light sensor, and a proximity sensor. It has dimensions of 154.81x75.03x7.89mm, and weighs 150 grams. It runs on a 3260mAh battery, with no fast charging support.