Vivo V23e has also appeared on the company’s Vietnamese site. 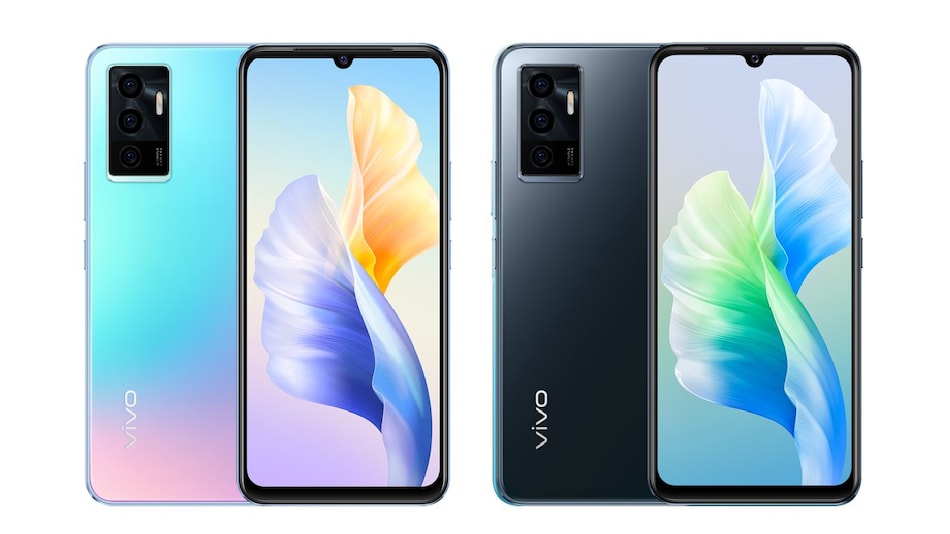 Vivo V23e has appeared on the Chinese smartphone company's official website, suggesting that the phone could be launching soon. Vivo has listed the upcoming V-series smartphone on its Vietnam website with pictures that reveal its design. But the company has not made any official announcement regarding the launch date. Key features and specifications of Vivo V23e have also been leaked by a tipster. Vivo V23e is expected to come with a triple camera setup at the back headlined by a 64-megapixel main sensor. The smartphone is said to carry a 4,050mAh battery as well.

The listing of the Vivo V23e smartphone shows that it will sport a slim design and a rectangular camera module. The handset is seen in a Blue colour featuring a waterdrop-style notch display and three cameras at the rear.

Separately, a known tipster Sudhanshu Ambhore (@Sudhanshu1414) has leaked key specifications of the handset. According to him, the dual-SIM (Nano) Vivo V23e will run on Android 11-based FunTouch 12. It is tipped to feature 6.44-inch full-HD+ (2,400x1,080 pixels) AMOLED display. A MediaTek Helio G96 chipset paired with 8GB of RAM and 128GB of storage is said to power the Vivo V23e.

As mentioned, for photos and videos, the upcoming Vivo is tipped to feature a triple rear camera system headlined by a 64-megapixel main sensor. Further, the camera setup is said to include an 8-megapixel secondary sensor and a 2-megapixel tertiary snapper. For selfies, Vivo V23e is said to feature a 50-megapixel front camera.

According to the tipster, Vivo V23e will pack a 4,050mAh battery with 44W fast charging support. The handset is said to come with an in-display fingerprint scanner as well. Sensors onboard are tipped to include gravity sensor, light sensor, gyroscope, and compass. For connectivity, Vivo V23e is said to have dual-band Wi-Fi, Bluetooth v5.2, GPS, and USB Type-C port, and measure 160.87x74.28x7.36/7.41mm and weigh 172 grams.

GoPro-like gimbal gimmicks, and OIS on all four cameras — is Vivo X70 Pro+ worthy of Rs. 80,000? We discussed this on Orbital, the Gadgets 360 podcast. Orbital is available on Spotify, Gaana, [JioSaavn](https://www.jiosaavn.com/shows/orbital/1/r9VmNAJ211U), Google Podcasts, Apple Podcasts, Amazon Music and wherever you get your podcasts._
Affiliate links may be automatically generated - see our ethics statement for details.