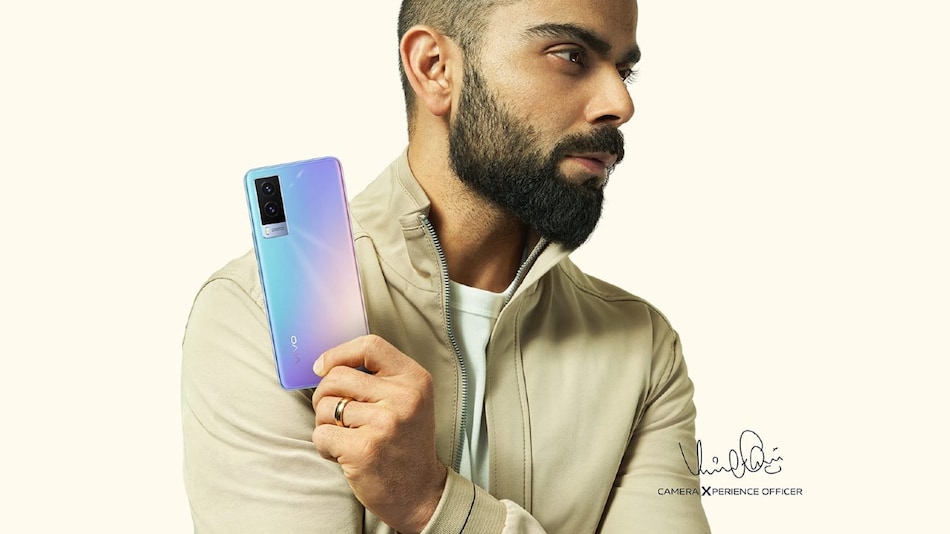 Vivo V21e 5G is set to launch in India on Thursday, June 24, the Chinese company announced through its social media channels. Flipkart has also created a microsite to tease some of the features of the upcoming Vivo V21e 5G. The dedicated listing shows that the upcoming Vivo phone will have up to 8GB of RAM and 44W fast charging support. The smartphone also appears to continue the company's trend of carrying a thin profile. Separately, the Vivo V21e pricing has been suggested on Twitter ahead of its official debut in the country.

The launch of Vivo V21e 5G in India will take place at 5pm IST on June 24, the company announced through the official Vivo India account on Twitter.

Just days before the official launch, Vivo V21e 5G price in India has been tipped by tipster @_the_tech_guy on Twitter. The smartphone is expected to be priced at Rs. 24,990 for the 8GB + 128GB storage variant. The leaked pricing of Vivo V21e 5G is slightly higher than the vanilla Vivo V21e that was launched at MYR 1,299 (roughly Rs. 23,200). It is, however, less than the Vivo V21 5G that debuted in India in late April at a starting price of Rs. 29,990 for the same 8GB + 128GB storage configuration.

Vivo V21e 5G has also been listed on Flipkart ahead of its formal launch in India. The Flipkart listing, that is currently accessible only through mobile devices, shows that Vivo V21e will have a 32-megapixel selfie camera, 8GB of RAM (with software extension support of up to 3GB), 44W FlashCharge fast charging, and 5G support. The smartphone also appears to have dual rear cameras that include a 64-megapixel primary sensor. Similar to Flipkart, Vivo has listed the V21e on its site, with two distinct colour options.

According to the rumour mill, the Vivo V21e 5G will come with MediaTek Dimensity 700 SoC. This is unlike the regular Vivo V21e that has Qualcomm Snapdragon 720G. The new model is also expected to have a 4,000mAh battery.