Vivo V20 Series Tipped to Launch in India on October 12

Vivo is reportedly launching only two smartphones from the V20 series in India. 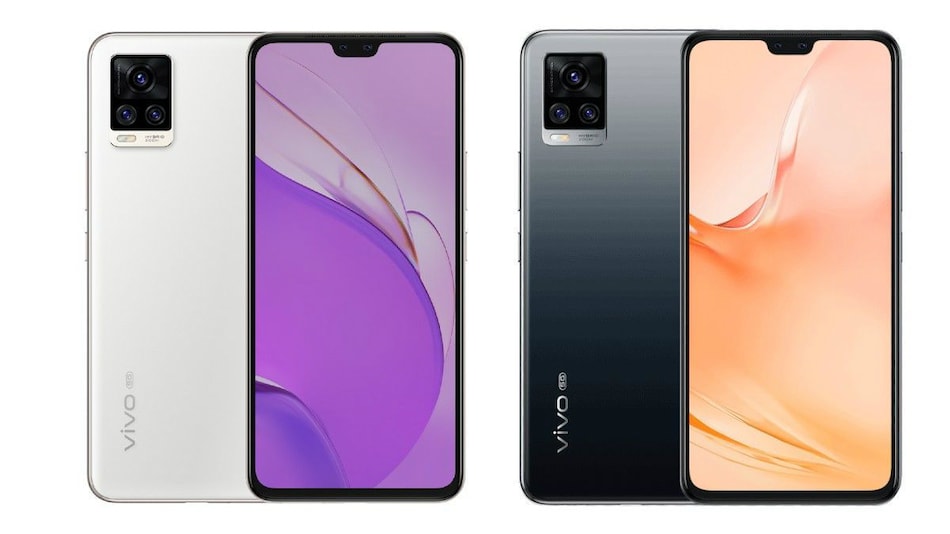 Vivo V20 series of smartphones could be launched in India on October 12, according to a report. The lineup consists of the Vivo V20 Pro, Vivo V20 SE, and the Vivo V20. However, the report, citing industry sources, claims that only two of these three phones will debut in India, without specifying the models. Another report pointed out that the Vivo V20 has also been listed on the company's India website, suggesting that it could debut in the country soon.

According to a report by MySmartPrice, Vivo V20 series will be launched in India on October 12. The report also says that two models are expected to debut, without specifying which ones. However, the publication speculates that the smartphones expected to be launched could be the Vivo V20 Pro and Vivo V20 SE. In another report, 91Mobiles revealed that the vanilla Vivo V20 has surfaced on the company's India website. This suggests that Vivo V20 is very likely one of the two smartphones launching next month in the country. Vivo V20 SE has already made its debut in Malaysia and the Vivo V20 Pro variant was launched in Thailand.

Vivo V20 Pro is priced at THB 14,999 (roughly Rs. 35,300) in Thailand, and is available in Moonlight Sonata, Midnight Jazz, as well as Sunset Melody colours. Vivo V20 SE price has been set at MYR 1,199 (roughly Rs. 21,300) in Malaysia for the lone 8GB + 128GB variant and is offered in Gravity Black and Oxygen Blue colour options. Vivo V20 has been announced by the company with Midnight Jazz and Sunset Melody colour options. However, no India pricing details have officially yet been revealed.

Vivo V20 Pro sports a 6.44-inch full-HD+ AMOLED display with a 20:9 aspect ratio, HDR10 support, and 1,080x2,400 pixels resolution. It is powered by the octa-core Qualcomm Snapdragon 765G SoC, coupled with 8GB of RAM. The Vivo V20 Pro runs on Funtouch OS 11 based on Android 11, comes with an in-display fingerprint sensor and houses a 4,000mAh battery that supports 33W FlashCharge fast charging technology. For photography, the handset comes with a triple rear camera setup that houses a 64-megapixel primary shooter, an 8-megapixel ultra-wide-angle snapper, and a 2-megapixel monochrome sensor. The dual selfie camera setup at the front comprises a 44-megapixel primary shooter and an 8-megapixel ultra-wide-angle snapper.

Just like the Vivo V20 Pro, the Vivo V20 SE also features a 6.44-inch full-HD+ AMOLED display with a 20:9 aspect ratio and 1,080x2,400 pixels resolution. It is powered by an octa-core Qualcomm Snapdragon 665 SoC. It features a triple rear camera setup that consists of a 48-megapixel primary shooter, an 8-megapixel wide-angle shooter, and a 2-megapixel for bokeh photos. The dual-SIM (Nano) smartphone runs on Android 11 with Funtouch OS 11 on top and comes with a 4,100mAh battery that supports 33W FlashCharge fast charging.

Vivo V20 will be powered by the octa-core Qualcomm Snapdragon 720G SoC and will feature a triple rear camera setup that includes a 64-megapixel primary sensor. For selfies, there will be a 44-megapixel snapper at the front. The phone packs a 4,000mAh battery that supports 33W FlashCharge fast charging.