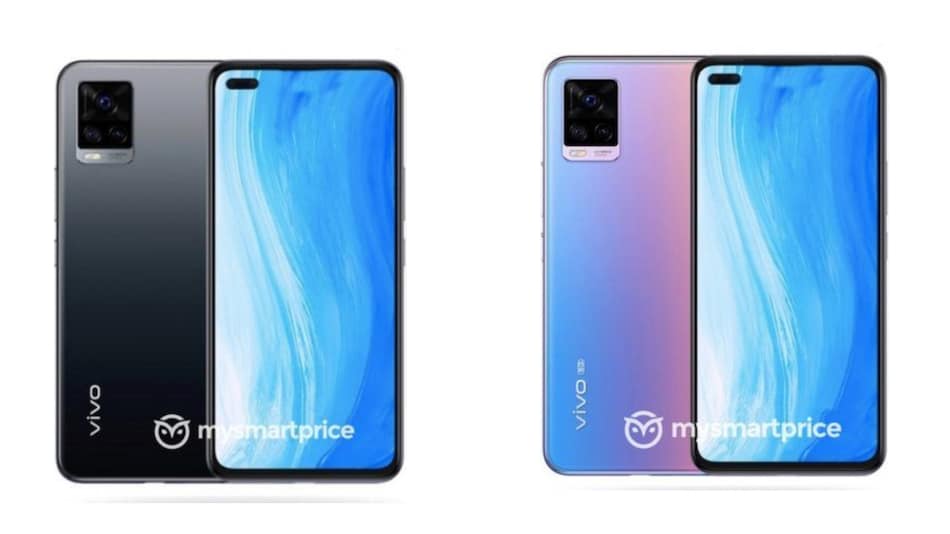 Vivo V20 series is set to launch in India in October, as per an online report. The lineup is expected to feature three models - the Vivo V20, the Vivo V20 SE, and the Vivo V20 Pro. The report also tipped several key specifications of the Vivo V20 SE. Renders of the Vivo V20 has been leaked separately, suggesting design details of the phone along with the possibility of a 44-megapixel front camera.

The report also claims that the Vivo V20 SE, the rumoured entry-level phone in the series, may run on Android 10 and come with a 33W fast charging solution. The phone is reported to be powered by the Snapdragon 665 SoC, paired with 8GB RAM.

In a separate report, MySmartPrice shared multiple alleged renders of the Vivo V20. The phone is tipped to sport a dual selfie camera setup inside a pill-shaped hole-punch cutout. On the back, the Vivo V20 is seen with a rectangular camera setup placed on the top left corner. There are three sensors inside the camera module, placed in a similar manner as the Vivo X50 Pro. The smartphone is leaked in two gradient options – Grey and Blue. The report has also shares a small portion of a promotion poster that suggests there may be a 44-megapixel selfie camera on the Vivo V20. Other specifications of the Vivo V20 are not known at the moment.