Vivo V20 SE is said to be powered by the Snapdragon 665 SoC. 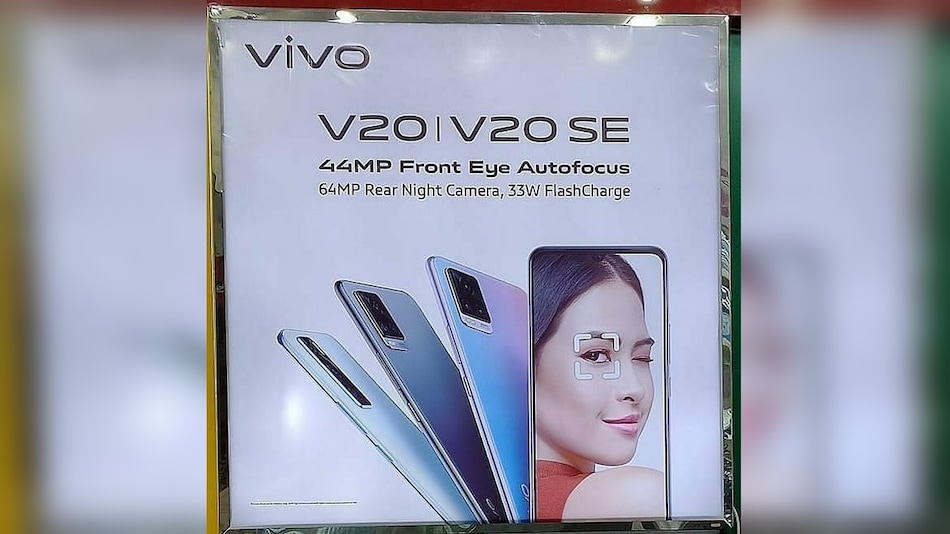 Vivo Malaysia has teased a few features of the Vivo V20 SE on its website, along with the September 24 launch date. The phone will have an “ultra-sleek design”, “Super Night Mode”, and “FlashCharge” technology. Besides this, there is no information available on the Vivo V20 SE on the company website.

Furthermore, a signboard for the Vivo V20 mentioning some specifications has also been spotted. As per a report by PlayfulDroid, the signboard mentions the Vivo V20 and Vivo V20 SE and shows a phone with a waterdrop style notch with slim bezels all around. The phone is said to carry a 44-megapixel selfie camera and a 64-megapixel primary shooter on the back. It seems to have a triple rear camera setup and support for 33W fast charging. It is unclear if this phone is the Vivo V20 or the Vivo V20 SE, or whether both will share these features.

The Vivo V20 SE has reportedly received NBTC, TKDN, and SDPPI certifications, as well as popped up on Geekbench with model number Vivo V2022. It is expected to be powered by the Snapdragon 665 SoC, have 8GB of RAM, and run Android 10 out of the box. The phone was also reportedly spotted in a China Quality Certification (CQC) listing that hinted at support for 33W fast charging, something that was also listed in the promo banner.