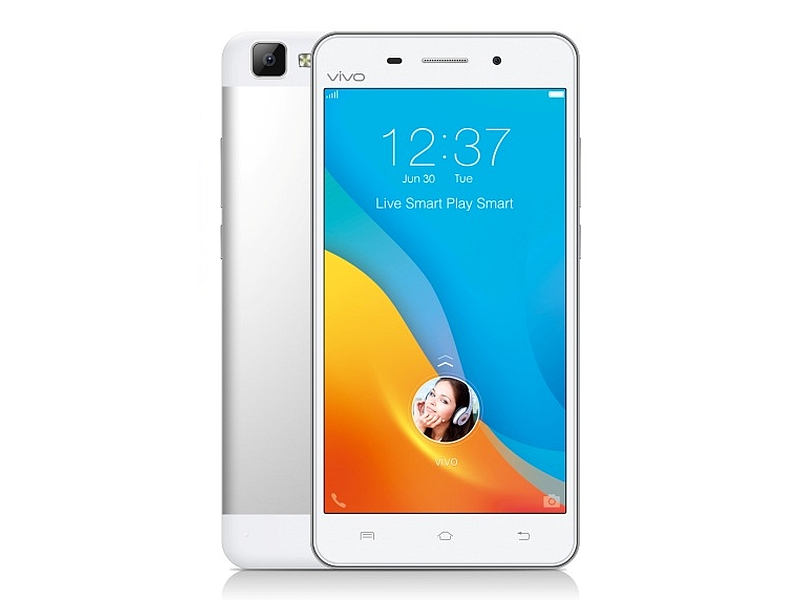 Vivo has announced the V1Max can be expected to go on sale in the first week of September, priced at Rs. 21,980. The smartphone was announced in July alongside the V1, which has been made available since then at Rs. 17,980.

The dual-SIM supporting Vivo V1Max runs on the same Funtouch 2.1 UI on top of Android 5.0 Lollipop like its smaller version, Vivo V1. However, it features a larger 5.5-inch IPS display with same HD (720x1280 pixels) resolution. The smartphone is powered by an octa-core 64-bit Qualcomm Snapdragon 615 processor clocked at 1.4GHz, along with 2GB of RAM and Adreno 405 GPU.

Vivo V1Max features the same 13-megapixel rear and 5-megapixel front-facing camera as the V1. The cameras are supported by face recognition technology for gender Beautification mode. Also housed is 16GB of inbuilt storage, which can be further expanded via microSD card (up to 128GB). A larger 2720mAh battery backs the device. Connectivity options on the handset include 4G LTE, Bluetooth, Wi-Fi, Micro-USB, and GPS/ A-GPS.

The smartphone is claimed to sport a 6.79mm thin metal-clad body. The dual speaker featuring handset's sound system is powered by Iconic Hi-Fi audio chip. Some of the other features include Smart Wake 2.0 and Smart screenshots for long screen shots, funny screenshots and screen recording.

As for the Vivo V1, the handset features a 5-inch HD (720x1280 pixels) resolution display and is powered by a quad-core 64-bit Qualcomm Snapdragon 410 processor clocked at 1.2GHz with Adreno 306 GPU. The smartphone's front-facing camera houses a wide-angle lens with 6P lenses and an f/2.0 aperture. Different camera modes including Night mode and Panorama is also present. The device however, is backed by a smaller 2300mAh battery. Rest of the specifications of the handset are the same as the Vivo V1Max.