The new phone may launch under Vivo's iQoo brand. 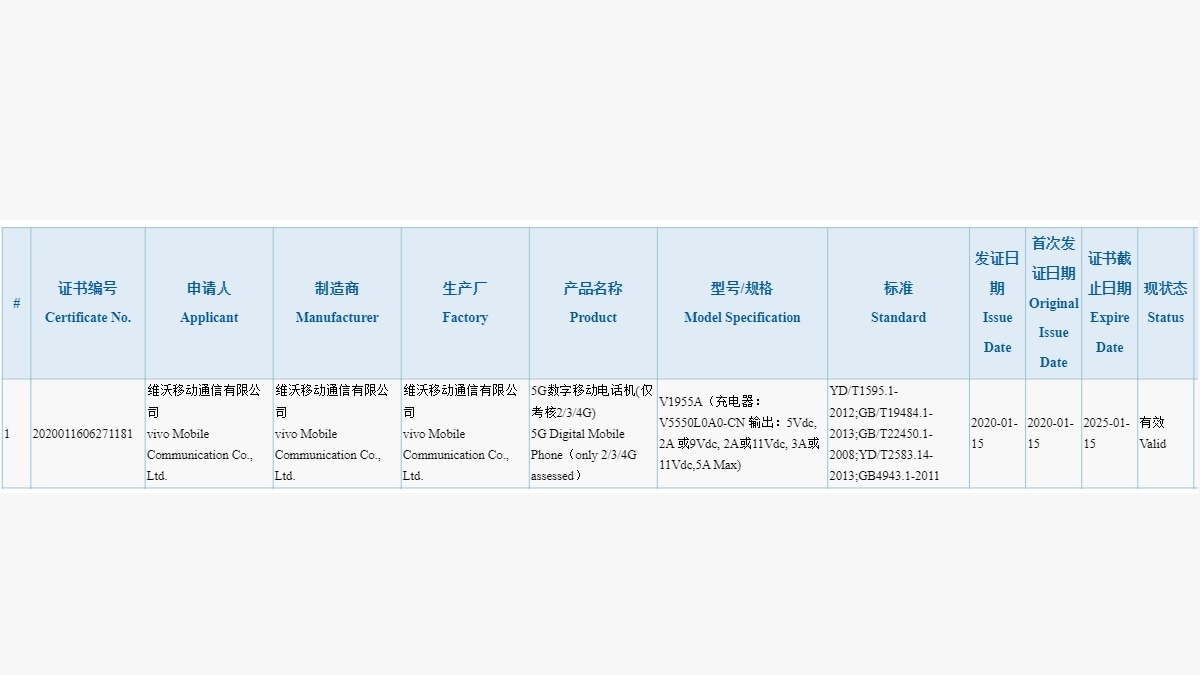 Vivo appears to have a new 5G phone in the pipeline with that would support 55W fast charging technology. A listing on the China Compulsory Certificate (CCC aka 3C) database has suggested the existence of the new Vivo phone. It emerges days after a Vivo smartphone carrying model number V1950A surfaced on China's Telecommunication Equipment Certification Center (TENAA). That was believed to debut as the Vivo Nex 3 5G along with Qualcomm Snapdragon 865 SoC. The smartphone was found to have a 64-megapixel primary rear camera sensor and a 16-megapixel selfie camera sensor.

If we look at Vivo's existing portfolio, the company may unveil the new model under its iQoo sub brand that already has the Vivo iQoo Neo 855 with 33W fast charging support. The handset would offer some new gaming experiences -- given gamers as the target audience for the iQoo.

The 3C listing of the unannounced Vivo phone doesn't reveal any of its key specifications. Also, the launch details of the offering are yet to surface.

Vivo received the latest certification from the authority on January 15, as mentioned on the listing. This suggests that the new phone may arrive sometime in the coming future. It is likely to get official around the debut of the Vivo Nex 3 5G that was purportedly spotted on TENAA with model number V1950A just last week.

Android-focussed blog Playfuldroid.com was the first to report about the Vivo phone carrying model number V1955A. Gadgets 360 was able to independently verify the listing in the 3C database. However, Vivo didn't respond to a query asking for the development of the new phone at the time of filing this story.

We expect that rumour mill will soon bring specifics around the new Vivo phone. So stay tuned to Gadgets 360 to catch its latest revelations.