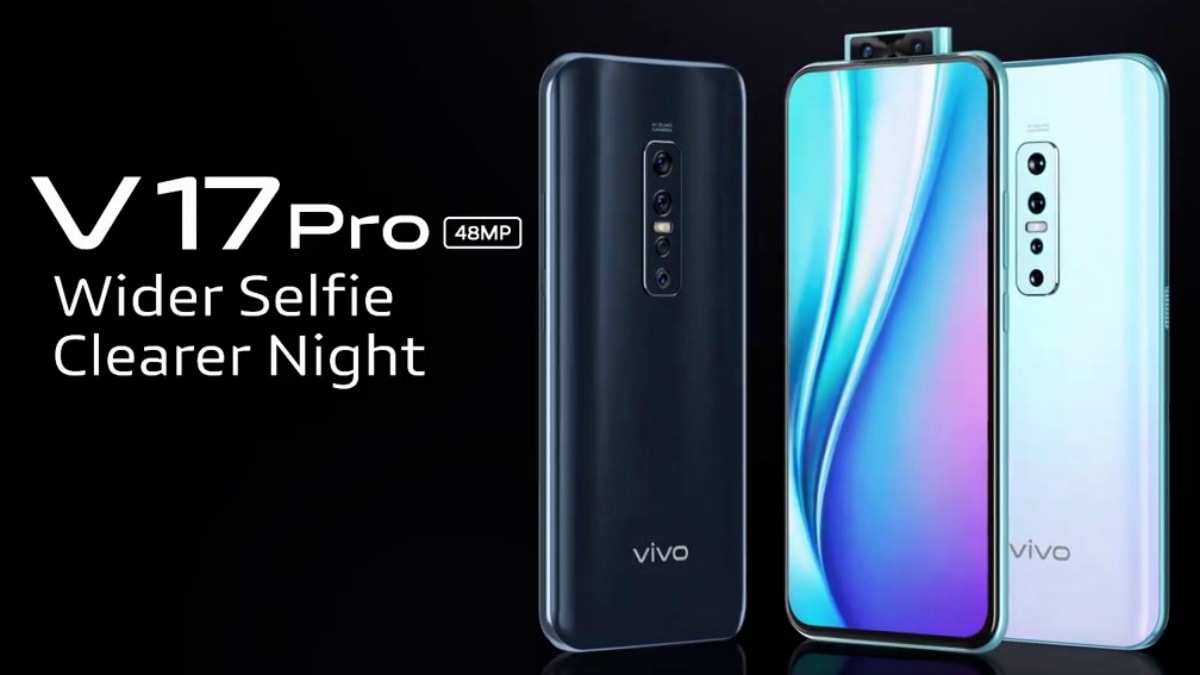 Vivo V17 Pro video promo has been leaked on Twitter

Vivo V17 Pro, the next-generation smartphone in the company's V series, has been leaked online along with its detailed specifications and clear renders. The new Vivo phone is found to have a dual pop-up selfie camera module as well as a quad rear camera setup. The Chinese company is also speculated to have provided an in-display fingerprint sensor. Apart from its specifications, a promo video of the Vivo V17 Pro has emerged online that highlights its key camera features. Some camera samples of the V17 Pro have also surfaced on the Web to suggest what we can expect from the new smartphone.

German tech site WinFuture has published the specifications of the Vivo V17 Pro. The smartphone is said to have a 6.44-inch full-HD+ (1080x2440 pixels) Super AMOLED display along with a 21:9 aspect ratio. There is also the in-display fingerprint sensor that sits under the screen.

In terms of imaging capabilities, the Vivo V17 Pro is said to have a pop-up selfie camera module that will house a 32-megapixel primary sensor with a wide-angle lens and a 2-megapixel depth sensor. The dual camera is claimed to enable wide-angle selfies along with a bokeh effect.

At the back, the Vivo V17 Pro is rumoured to include the quad camera setup that will house a 48-megapixel primary sensor, 8-megapixel secondary sensor with a wide-angle lens, and two 2-megapixel sensors -- one of them would be used for depth sensing.

Vivo is also said to have provided an octa-core Qualcomm Snapdragon 675 SoC on the V17 Pro, similar to the V15 Pro. Further, the new phone is rumoured to have up to 8GB of RAM and at least 128GB of onboard storage.

The V17 Pro is said to run Android 9 Pie and come with a list of connectivity options that include Wi-Fi 802.11ac, Bluetooth v5.0, NFC, USB Type-C port, and a 3.5mm headphone jack. Additionally, you can expect dual-SIM (Nano) support on the smartphone.

On the battery front, the smartphone is said to have a 4,100mAh battery. It is also rumoured to have a thickness of 9.8 milimetres and a weight of 202 grams.

Price and availability of the Vivo V17 Pro are yet to be announced. However, the handset was recently teased in a promo for Indian reality show Bigg Boss. It is, thus, likely to debut in India soon.

Meanwhile, the leaked renders of the Vivo V17 Pro, courtesy WinFuture, suggest a fresh design with vertically-aligned rear camera setup and a curved back panel. The display panel of the smartphone is also said to have scratch resistance.

A tipster who uses Twitter account @bang_gogo_ has posted a promo video of the Vivo V17 Pro that showcases "Wider Selfie, Clearer Night" as its tagline. The video also highlights the artificial intelligence (AI) backed rear camera setup as well as the dual pop-up selfie camera that would support super wide-angle self-portraits. The back camera would also support a Super Night Mode for an enhanced low-light imaging experience.

In addition to the promo video, the Twitter source has posted some of the purported camera samples of the Vivo V17 Pro that suggest a partnership between the Chinese company and Nat Geo Traveller India to promote the new camera experience.

It is, however, difficult to judge the camera quality through the given samples as they've been available in a compressed form.