Vivo V17 is teased to sport a hole-punch display with the cutout placed on the top right edge of the screen. 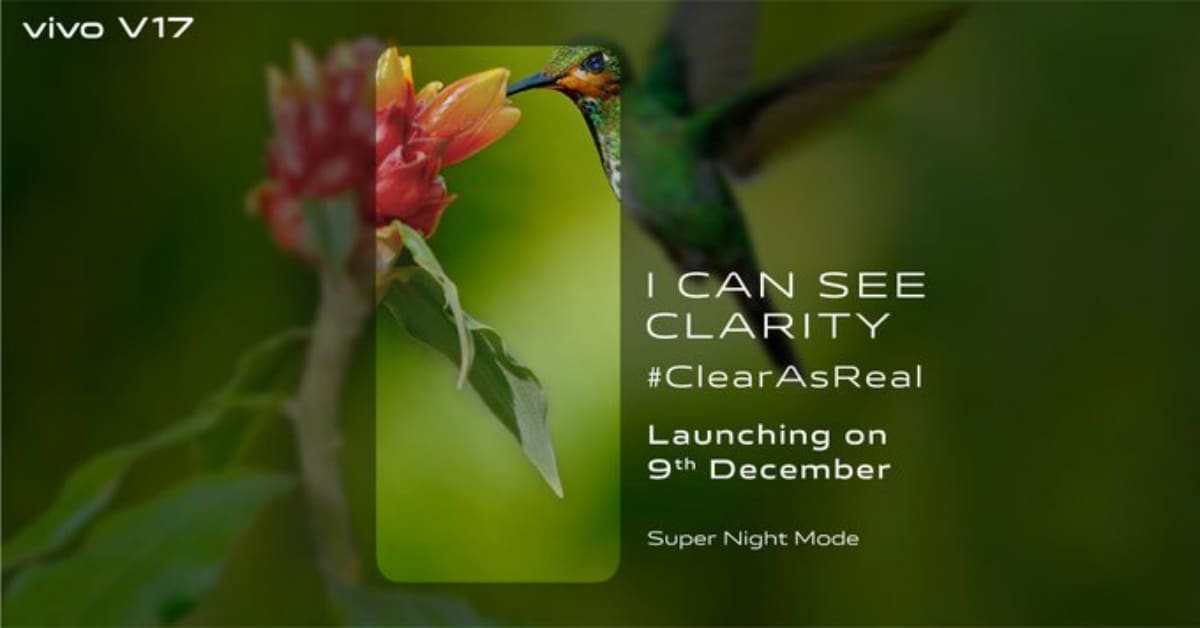 Vivo V17 has now been confirmed to launch in India on December 9. The company sent out media invites last month for the launch event, but at that time it didn't reveal the phone that was set to launch. Now, in a new tweet, all the mystery surrounding the upcoming phone launch has been lifted, and the launch of the Vivo V17 has been confirmed. The India variant of the Vivo V17 is expected to sport a hole-punch display and an L-shaped quad camera setup at the back. The company is looking to offer a more premium look, to better compete with phones like Galaxy S10.

Vivo India took to Twitter to confirm that the Vivo V17 will launch in India on December 9. The teaser confirms that the phone will sport a hole-punch display with a cutout placed on the top right edge of the screen. The Vivo V17 is also confirmed to pack a 32-megapixel selfie camera setup, same as the Russia variant launched last month. The Vivo V17 Russia variant has a waterdrop-style notch and a diamond-shaped camera module at the back. The Vivo V17 was launched in Russia as the rebranded Vivo S1 Pro. However, the India variant will see a stark change in design, to compete better with flagship and premium phones in the crowded market.

A recent report suggests the Vivo V17 will feature an L-shaped quad rear camera setup that is positioned in the top left of the back panel, instead of the diamond-shaped module seen on the back of the Vivo V17 Russia variant. The phone may be powered by Qualcomm's Snapdragon 675 SoC, pack a 4,500mAh battery with 18W fast charging support and a 6.44-inch OLED display.

To recall, the Vivo V17 Pro has already launched in India a few months ago, and this variant sports dual pop-up selfie cameras, and a quad rear camera setup. The phone is priced at Rs. 29,990, and the Vivo V17 will be priced cheaper than the Vivo V17 Pro.