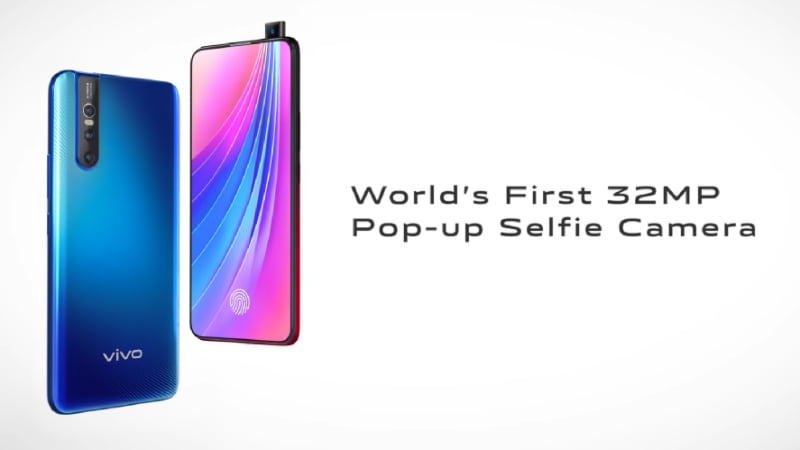 Vivo V15 Pro specifications have been leaked just days ahead of its formal launch. The Vivo phone, which is expected as the successor to the V11 Pro, is found to sport a 6.39-inch full-HD+ Super AMOLED FullView display. The upcoming smartphone also appears to have a Qualcomm Snapdragon 675 SoC along with 6GB RAM. Additionally, the price of the Vivo V15 Pro has also been rumoured. Vivo is launching the V15 Pro in India on February 20 and has already started teasing its key features.

If we believe the leaked specifications sheet, the Vivo V15 Pro will come with a 6.39-inch full-HD+ Super AMOLED Ultra FullView Display panel and include a Qualcomm Snapdragon 675 SoC, coupled 6GB of RAM and 128GB of onboard storage. The smartphone also appears to have a 3,700mAh battery along with a "Dual Engine" fast charging technology.

Vivo recently confirmed that the V15 Pro will come with a 32-megapixel pop-up selfie camera, similar to the Nex that was unveiled last year. The upcoming handset was also found to have a 48-megapixel Quad Pixel primary sensor at the back -- a part of the triple rear camera setup.

However, the leaked specifications sheet shows that the triple rear camera setup of the Vivo V15 Pro will also include an 8-megapixel secondary sensor and a 5-megapixel tertiary sensor.

We weren't able to independently verify the authenticity of the specifications sheet. It is, therefore, recommended to consider the rumour with a grain of salt.

To recall, the Vivo V15 Pro is launching in India on February 20. The Chinese company hasn't revealed the price and availability schedule of the phone. However, the model appears to go on sale at least through Amazon.in in the coming days. A dedicated microsite has already been created by the online marketplace for the new model.