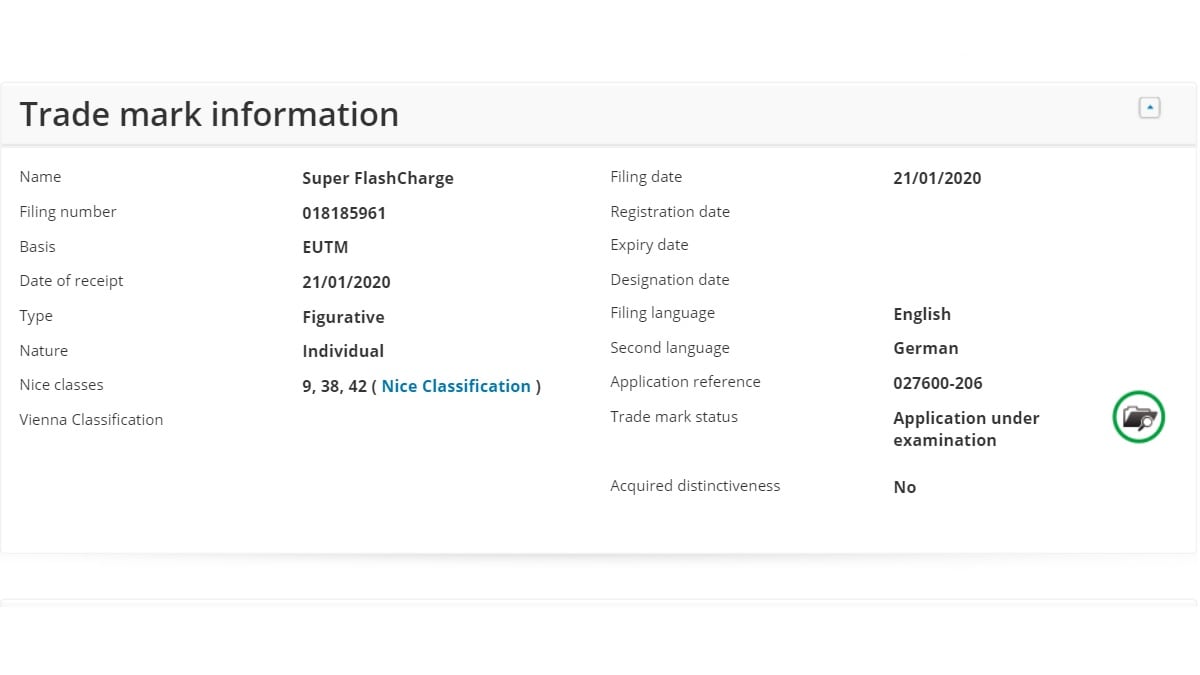 The Chinese smartphone maker has filed two separate trademark applications for the Super FlashCharge name before EUIPO. The EUIPO trademark filings, both of which were filed on January 21, were first spotted by tipster Mukul Sharma. As of now, the status of Vivo's trademark is listed as “Application under examination” on the EUIPO database. Unfortunately, Vivo's applications do not reveal anything specific such as wattage or net power delivered by the Super FlashCharge-compatible charger.

However, Super FlashCharge technology is said to deliver an output of 55W. To recall, a yet-to-be-announced Vivo phone carrying the model number V5550L0A0-CN received 3C certification earlier this month in China. The 3C database mentioned 11V/5A as the rated power output, which translates to 55W. It is being said that the Vivo V5550L0A0-CN might debut as a new gaming-centric phone from Vivo's iQoo subsidiary. The phone is said to offer 5G support, and it might turn out to be the rumoured Snapdragon 865 SoC-powered iQoo flagship that recently surfaced online. To recall, iQoo recently told Gadgets 360 in an interview that the company will launch a 5G flagship phone running Android 10 in India next month. If the speculations turn out to be true, the upcoming iQoo flagship will be the first phone to support Vivo's 55W Super FlashCharge technology.