Vivo T1 5G Indian variant is tipped to be different from its Chinese variant. 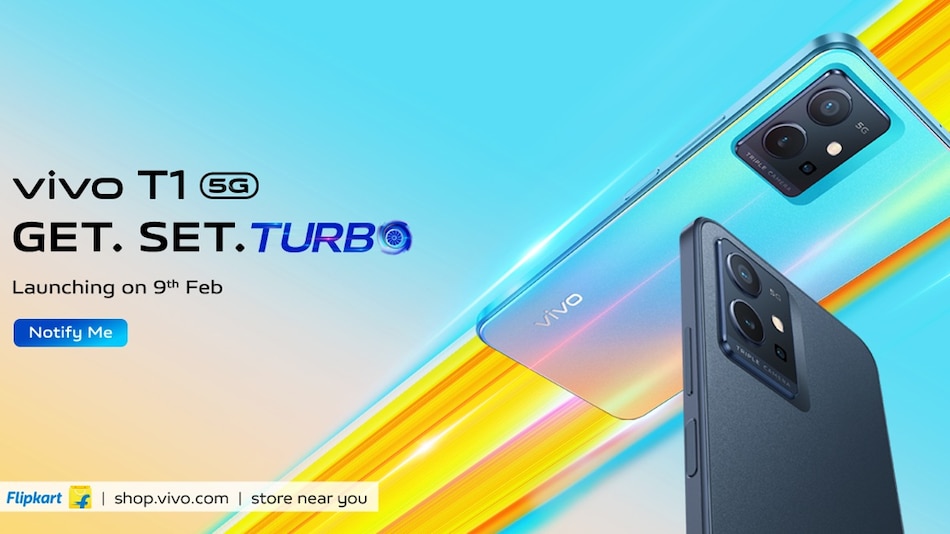 Vivo T1 5G price in India and specifications have been tipped ahead of the phone's debut in the country. As per the leaked information, the smartphone will come with a Qualcomm Snapdragon 695 SoC under the hood and sport a triple rear camera setup. This is different from what the Chinese variant has to offer. In fact, the Indian variant could be a completely different handset when compared with the one that was launched in China. Vivo T1 5G will be launched in India on February 9.

Without revealing the exact price, tipster Yogesh Brar tweeted that Vivo T1 5G will be priced under Rs. 20,000. The smartphone was launched alongside Vivo T1x in China in October last year. Its price starts from CNY 2,199 (roughly Rs. 25,800) for the base 8GB + 128GB storage variant.

Vivo T1 5G Indian variant is claimed to come with a 6.58-inch full-HD+ LCD display with a 120Hz refresh rate. Under the hood, the smartphone is said to be powered by a Qualcomm Snapdragon 695 SoC paired with up to 8GB of LPDDR4X RAM. It is also said to be offered with 4GB and 6GB RAM options with 128GB of UFS 2.2 storage. In comparison, the Chinese variant of the Vivo T1 5G sports a 6.67-inch display. It is powered by a Qualcomm Snapdragon 778G SoC paired with up to 12GB of LPDDR5 RAM and up to 256GB of UFS 3.1 storage.

Oppo Watch Free With Up to 14 Days of Battery Life Launched in India; Oppo Enco M32 Get Green Colour Option