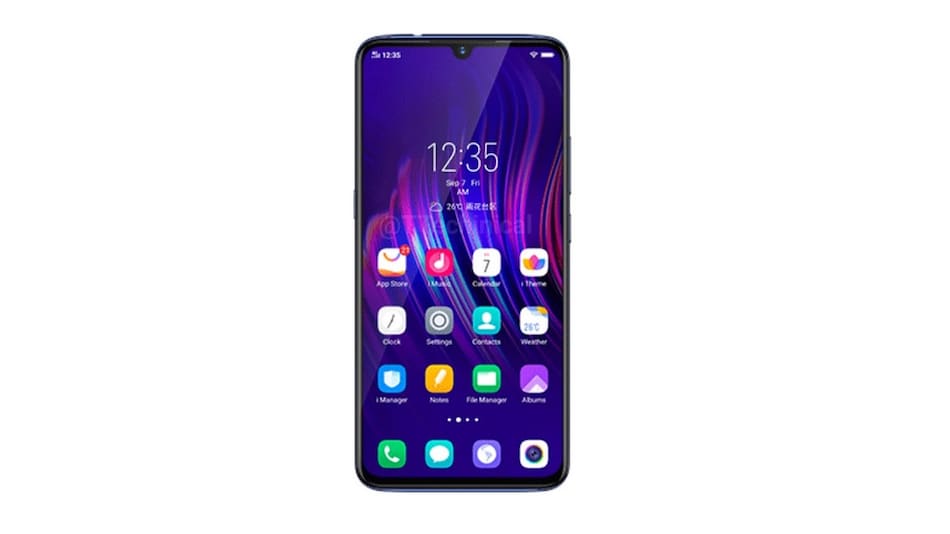 Vivo S7t is said to have been spotted in a Google Play Console listing. A Vivo phone with model number V2048A, believed to be the Vivo S7t, is expected to have specifications similar to the Vivo S7 that launched in August last year. The alleged Google Play Console listing hints at some of the specifications of the Vivo S7t and also comes with an image of the front panel, suggesting a notched display design. Vivo has not shared any information on the S7t.

Tipster @TTechnical on Twitter claims to have spotted a Vivo phone with model number V2048A in a Google Play Console listing. This phone is believed to be the Vivo S7t and is said to be listed with MediaTek MT6875 SoC, which is the Dimensity 820. It also shows the phone will have 8GB of RAM, a full-HD+ (1,080x2,404 pixels) display, and run on Android 11. As per the photo present in the listing, the Vivo S7t seems to have slim bezels all around and a notch for the selfie camera. There could also be a 3.5mm headphone jack on top.

This isn't the first time the phone has been tipped to feature the MediaTek Dimensity 820 SoC. Recently, another tipster, Digital Chat Station, shared on Weibo that the Vivo S7t will have the same specifications as the Vivo S7, except for the processor. The Vivo S7 is powered by the Snapdragon 765 SoC and the Vivo S7t is tipped to come with a MediaTek SoC. However, the earlier leak had suggested that the Vivo S7t will have the model number PD2080, which is different from the model number suggested by the alleged Google Play Console listing.

The Vivo S7 features a 6.44-inch (1080x2400 pixels) AMOLED display, but the display of the Vivo S7t, as per the new leak, seems to be a bit taller. Additionally, the Vivo S7 has dual selfie cameras while the S7t can be seen in the leaked Google Play listing with a single selfie shooter.

If the specifications leaked earlier by tipster Digital Chat Station turn out to be accurate, the Vivo S7t could come with a triple rear camera setup with a 64-megapixel sensor, an 8-megapixel ultra-wide-angle sensor, and a 2-megapixel monochrome sensor. It could be backed by a 4,000mAh battery with 33W fast charging support.

As of now, Vivo has not shared any information on the Vivo S7t or any plans on adding another variant to the Vivo S7 series.