The Vivo S7 sports a X50 Pro-like triple camera setup and is rumoured to feature two cameras on the front. 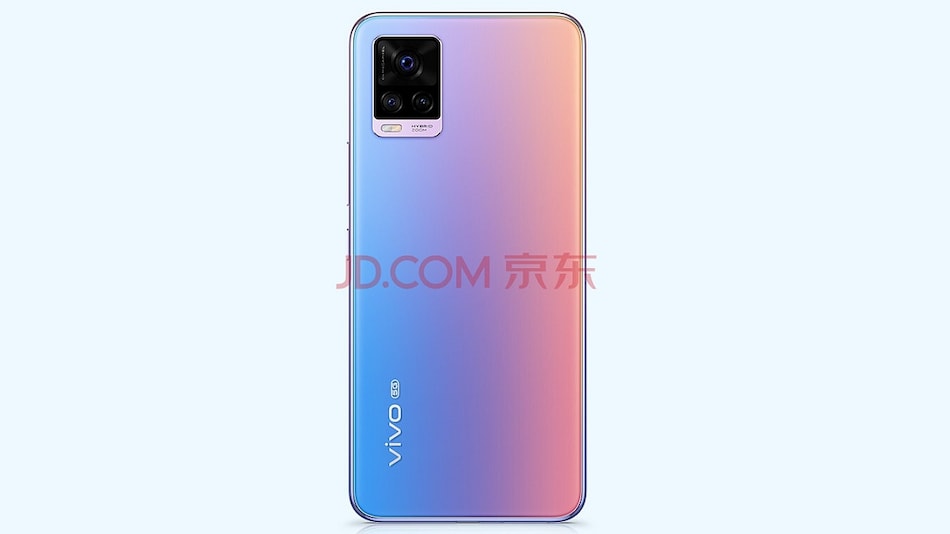 Vivo S7 is set to launch in China on August 3 and four days ahead of its unveiling, the phone was listed on Chinese e-commerce platform JD.com. The listing also confirms the gradient design with multiple colours on the back as well as the Vivo X50 Pro-like camera module. There is no official image that shows the phone from the front, therefore, we cannot confirm the rumoured dual front camera setup. The Vivo S7 is said to sport an AMOLED display. The render on JD.com matches what was shared by Vivo on Weibo earlier this week.

The listing on JD.com, which was first spotted by Playfuldroid, also confirms the USB Type-C charging port. No specifications were revealed by the JD.com listing. As mentioned, the design matches with the rear panel images Vivo shared on Weibo earlier this week. The official render comes a day after a leaked image tipped the front panel design and key specifications of the Vivo S7 as well as its V2020A model number. The leaked image also reveals some other specifications.

The Vivo S7 is claimed run FunTouch OS 10.5 based on Android 10. It is said to sport a 6.4-inch full-HD+ AMOLED display with a notch. Since the official renders do not show a fingerprint sensor on the back, it is likely that the phone will have an in-display fingerprint sensor. Under the hood, the phone is said to come with a Qualcomm Snapdragon 765G processor paired with 8GB of RAM and 128GB of storage.