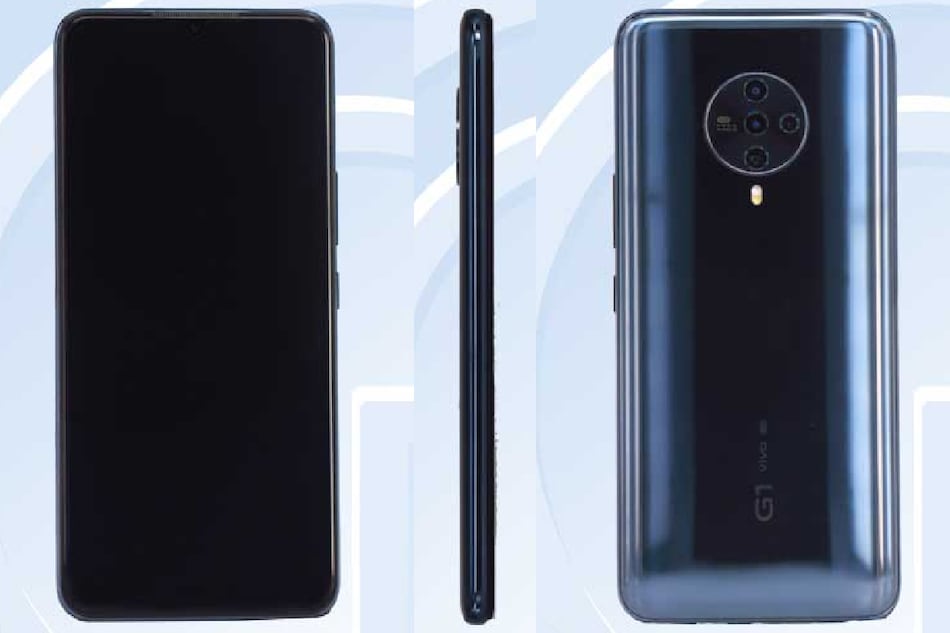 Vivo S6 5G has purportedly appeared on Chinese certification site TENAA with model numbers V1962A and V1962BA. The listings of the Vivo phone suggest its key specifications as well as hints at its design -- all ahead of the official launch that is set for March 31. On Monday, Vivo released an image showing the back of the Vivo S6 5G. That image showed off a circular camera module at the rear side. The smartphone also appeared to have a gradient finish, similar to many other phones by Chinese manufacturers.

The TENAA site suggests the specifications of the Vivo S6 5G that appears to come in model numbers V1962A and V1962BA. There are also images that hint at the waterdrop-style display notch. The TENAA listings also include the images showing the back of the Vivo phone that look identical to what we saw through the teaser image on Monday.

Vivo hasn't yet revealed any specifications of the S6 5G. However, the TENAA site has a bunch of details to suggest what we'll get from the Chinese company later this month. The site suggests a 6.44-inch full-HD+ (1080x2400 pixels) AMOLED display on the Vivo phone, along with 20:9 aspect ratio. The phone also appears to run Android 10 out-of-the-box and have an octa-core SoC clocked at 2.2GHz, paired with 6GB and 8GB RAM options. For photos and videos, it is seen with a quad rear camera setup that houses a 48-megapixel primary sensor and 8-megapixel secondary sensor as well as two 2-megapixel sensors. You would also get a 32-megapixel selfie camera.

The Vivo S6 5G also appears to have 128GB and 256GB of onboard storage options. Connectivity options on the phone would include 5G, 4G LTE, Wi-FI, Bluetooth, GPS/ A-GPS, and USB. Sensors on board appear to have included an accelerometer, ambient light sensor, and a proximity sensor. Further, the phone would come with an in-display fingerprint sensor.

Android-focussed blog Playfuldroid initially reported the release of the fresh TENAA listings. Gadgets 360 was able to independently verify their existence directly through the certification site. However, the company might bring some changes in the retail unit of the Vivo S6 5G.