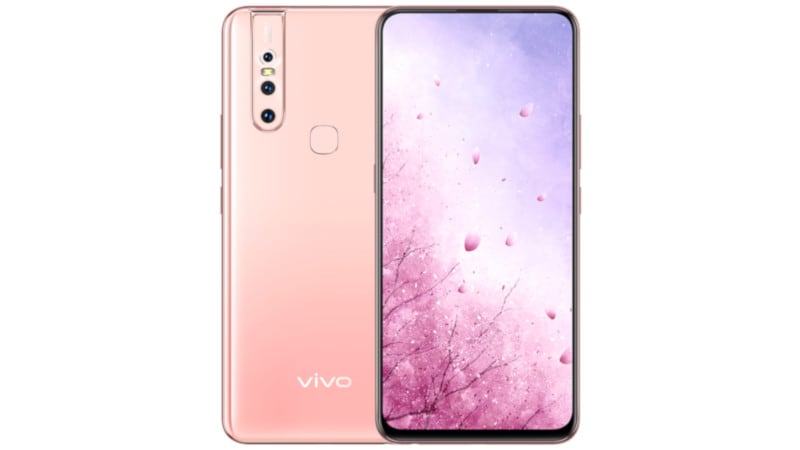 Vivo S1 is now official. Days after the Vivo S1 was spotted on Chinese regulator TENAA's website, the company has officially announced the phone. Sporting a notchless display and pop-up selfie camera, the new Vivo S1 is the first phone in the company's S Series. The other lineups in the company's portfolio include Nex Series, X Series, Z Series, Y Series, and U Series. The Vivo S1 will be released in two colour options and comes with features like Helio P70 SoC, a full-HD+ screen, triple rear camera setup, and dual-SIM support. The Vivo S1 looks a lot like the company's V15 smartphone and even shares a few features with the phone.

According to Vivo, the S1 will carry a price tag of CNY 2,298 (roughly Rs. 24,500) for the sole 6GB + 128GB storage model. The phone will be offered in Blue and Peach Pink colours, which Vivo is referring to as Ice Lake Blue and Pet Powder (Google translated). The pre-bookings for the Vivo S1 will open April 1 while the actual sales will begin at 10:00am CST (7:30am IST) on April 3.

There is no word on the India launch of the Vivo S1 right now, however there have been rumours that Vivo India is planning to launch the phone in the country to take on the likes of Realme and Xiaomi.

Additionally, the Vivo smartphone packs 128GB of onboard storage, which is expandable via microSD card (up to 256GB). On the connectivity front, the Vivo S1 packs Wi-Fi, Bluetooth, USB-OTG, GPS, GLONASS, and BeiDou. The company has also included a 3,940mAh battery and a rear fingerprint sensor in the smartphone. Vivo S1 measures 161.97x75.93x8.54mm and weighs 189.5 grams.