Both phones appear to have a single front camera fitted in a waterdrop notch. 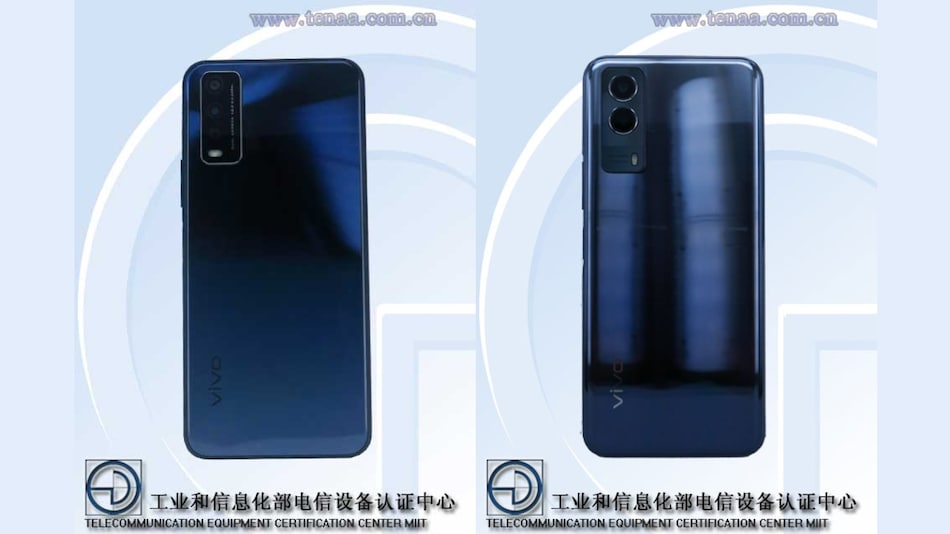 Vivo smartphones with model numbers V2066A and V2069A have been spotted on China's TENAA certification site. As per the listings, the phone with the model number V2069A could launch as a dual-SIM 5G smartphone, while the phone with the model number V2066A could be a dual-SIM 4G handset. As per a report, detailed specifications of these Vivo smartphones have also surfaced online. The Vivo V2069A is said to have a full-HD+ 6.58-inch LCD screen, and the Vivo V2066A could sport a 6.51-inch LCD panel.

Furthermore, a report by the Nashville Chatter says that the listing also reveals the entire specifications of the smartphones, however, we were unable to confirm it independently.

The report says that the smartphone with the model number V2066A has a 6.51-inch HD+ (720x1,600 pixels) LCD screen. It is powered by an unidentified 2.0GHz octa-core processor, paired with up to 8GB of RAM and 128GB of storage. The smartphone's triple rear camera setup is claimed to offer a 13-megapixel primary camera, along with two 2-megapixel cameras. On the front, it could have an 8-megapixel sensor. The phone measures 164.51x76.32x8.41mm and weighs 191.4 grams, as per the report. It may have a 4,910mAh battery.

The phone with the model number V2069A packs a 6.58-inch full-HD+ (1,080x2,408 pixels) LCD panel, as per the report. It is said to be powered by an unspecified 2.2GHz octa-core processor, which is paired with up to 8GB of RAM and 256GB of storage. For photography, the smartphone is claimed to pack a dual rear camera setup with a 64-megapixel primary camera and a 2-megapixel secondary camera. On the front is an 8-megapixel selfie camera. The phone measures 163.95x73.50x8.5mm and weighs 188.5 grams, according to the report. The phone may be powered by a 4,910mAh battery.

Poco M2 Reloaded Will Be Unveiled Through Tweets, No Virtual Event Planned Due to Pandemic